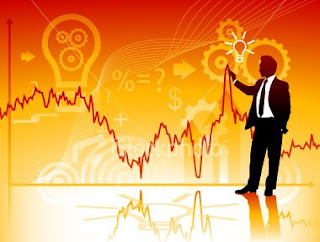 Perhaps Obama should consider staying in Europe as World President, and staying out of America’s affairs. Because when he does present his socialist agenda in America, the stock market penalizes him, opening up a serious can of “New and Improved Whoop Butt“.

Apparently the stock market recognizes that not a single good idea has come from ObamaNation. As I have written, Obama and crew showcases their ignorance with each comment, press conference, proposed legislation, and so on. Ignorance in such abundance that deemed this: The Era of Brown Underwear.

I call it this because I am constantly saying, “Oh crap!”

As ObamaNation announces a new committee to study something or God-forbid, they actually pass legislation, I find myself losing complete control of my bowels. Here are a few examples:

Excuse me while I go change my tighty-whities to my new brown “loose in the caboose” underwear that allow for the ‘Obama excrement.’ I may just save myself a lot of torment and start wearing adult diapers.

Now if Obama were to stay in Europe, there might be a chance for me to go back to my color-safe boxer briefs. And he would be doing himself a favor, as his popularity remains solid overseas. Europeans are used to ineffective leaders. Their leaders date models and have affairs, and otherwise keep the nation riveted on the soap opera. They are not expected to actually lead.

When there are no runway models to shag, then European leaders denounce America, promote socialism, or give America the finger in some other way. Take for example the recent offer of 5000 troops to Afghanistan as trainers, which Europe equated to the young American soldiers who are fighting and dying on the front lines, for the sake of stopping terrorism. Obama agrees with the Europeans on this, so now training is the equivalent of doing.

In America, we have come to expect more. America is the leader of the free world. There is much more at stake, when we screw up. This is why Obama’s popularity is tumbling in America. At some point even his most ardent fans will realize that he has about as many good ideas as an amoeba. 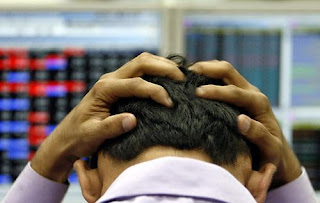 As for the week of stock market growth, Obama’s camp will say that the stock market gain is based on, “The economic impact of the president’s stimulus policies have begun to kick in.” And the mainstream media will support these lies, as they are positioning for their bailout. But let’s not forget that they are a bunch of hypocritical, traitorous liars, being led around like lapdogs by ObamaNation.

I speak to industry leaders every week, and they tell me that they are concerned about this administration’s understanding of how business works. The fact that Obama has never run something as simple as a lemonade stand, quite frankly scares most CEOs. I know Liberals find practical experience overrated. They prefer to work on theoretical models.

So Obama has worked his magic on the gullible Left, and it may continue to work on them for a while. But when the stock market kisses Obama, it tastes the lie.

Kevin Jackson is an author of four books in sales and politics, as well being the author of The Black Sphere blog. He has been published in Africa News and Hoovers. Visit Kevin at http://theblacksphere.blogspot.com or email him at [email protected]
The Black Sphere online magazine is at www.openzine.com/theblacksphere, and you can catch Kevin on The Black Sphere radio show every Thurs 9P-11P Central (times subject to change) http://blogtalkradio.com/TheBlackSphere
Facebook Twitter
Kevin JacksonApril 6, 2009
3 minutes read
Don’t Miss Out!