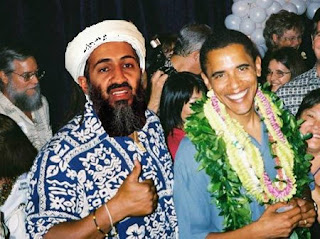 Obama vied for the Mr. World Congeniality title, pimping America in Europe, as he signed us up to be part of The New World Order. Former proud Lady Liberty is nothing more than part of the concubine of the Saudi emirate’s, now beholden to the hand that Obama “didn’t” kiss.

Now for the uninitiated, it may appear being open is indeed the way to more evolved thought, and ultimately action. The word liberals use to describe this type of thought is “progressive.” But in the real world, it’s really a waste of time to be so progressive.

In the real world, when you are this progressive, it takes you three days to make a decision to take out Somali pirates threatening an American citizen, instead of the instantaneous decision that should have occurred. That would have been that Navy commander’s decision, if he didn’t need to wait on Obama to stew on it over a plate of arugula.

Crisis eliminated, and all praises be to the Honorable Barack Hussein Obama for his snap judgment and his heroic action in the form of “words”. This decisive victory over 4 Somali pirates freed Obama to focus on his next order of business to guarantee him the title of Mr. World Congeniality.

Obama likely garnered even more votes when he apologized to the world for our snobby American attitudes. I was surprised to see the French give up this title so easily, though I hear Sarkozy will likely get honorable mention. Personally, I think the French are indeed the world’s greatest snobs, and Sarkozy didn’t get the vote due jealousy over his supermodel wife.

To secure the title of Mr. World Congeniality, Obama released documents regarding interrogation techniques of the CIA. Airing America’s dirty underwear, as it were. Torture tactics…exposed. I actually enjoyed reading the document, as I have been able to refine my torture techniques of liberals with this new now unclassified information. You just don’t know, what you don’t know.

In the report, it was verified that the CIA has waterboarded terrorists…gasp! When you compare this to the Islamic jihadists’ tactic of cutting off the heads of us infidels, well it’s easy to see why Obama decided to expose America’s most egregious act of…waterboarding!

You see, when you waterboard somebody, you give the waterboardee the sensation of being drowned, though they never are actually drowned. But they don’t know it. So the mind plays trick on them.

Think of waterboarding as surfing. The ocean is the CIA, and the surfer dude is the waterboardee. A big wave (CIA) hits the surfer, knocking him from his board. He is dunked in water. But eventually he surfaces, then swims in and goes to get a burger.

Now compare that inhumanity to the beheading of an infidel. Beheading is not torture, because the beheadee is given the very real sensation of having his throat cut, closely followed by the clunk of the detached head hitting the floor. As you can see, beheading is actually humane in comparison to waterboarding, because the beheadee is not put through the punishment of not knowing when it’s time to eat after the event. No shame. No humiliation. No burger needed. 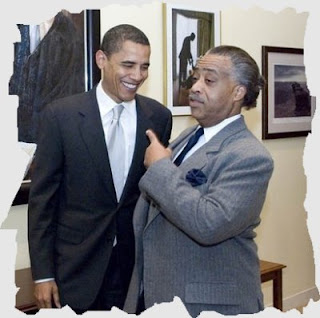 With all of Europe wrapped up, and his motherland of Africa being managed by AACORN (the Africa branch of ACORN), Obama will win the title of Mr. World Congeniality. His “shug” with Chavez, and accepting of the book on how imperialist America has ruined Latin America pretty much guaranteed the Venezuelan vote, and perhaps all of South and Latin America. Nothing like a good public shagging!

Meanwhile however, Obama neglects his base in America…Black people.

He is pulling the same stunts as other racist Democrat fully-white politicians who do drive-bys in the black community, then do nothing. What blacks will learn about Obama is that he is more interested in pursuing those who don’t like him, as opposed to those who do. Does the word pander ring a bell, Pavlov?

Be sure to check out our videos at www.YouTube.com/theblacksphere01

Kevin Jackson is an author of four books in sales and politics, as well being the author of The Black Sphere blog. He has been published in Africa News and Hoovers. Visit Kevin at http://theblacksphere.blogspot.com or email him at [email protected]
The Black Sphere online magazine is at www.openzine.com/theblacksphere, and you can catch Kevin on The Black Sphere radio show every Thurs 9P-11P Central (times subject to change) http://blogtalkradio.com/TheBlackSphere
Facebook Twitter
Kevin JacksonApril 21, 2009
3 minutes read