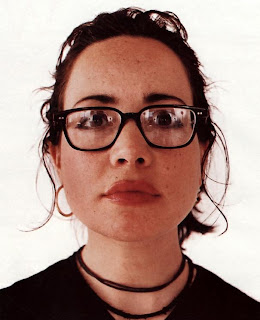 As a black man, I love it when ignorant white women like Janeane Garofalo speak for all blacks. It’s thrilling to me that Janeane would take time out of her busy Hollyweird life to protect me and my peeps — the downtrodden, the oppressed…the lowly Negro.

For her efforts, I thank Garofalo, and anoint her Janeane Garofalo: White Chick Protector of the Lowly Negro. Who better than she to offer such protection? Garofalo, after all is an American hero! And I bet you were wondering who could possibly replace the likes of Barbara Streisand or Susan Sarandon…Madonna?
Garofalo is so in touch with the black condition, that she is uniquely qualified to assess and understand my people’s “condition.” Her intimate knowledge of blacks allows her to interpret how blacks think, and then translate “black-think” for the rest of America. “Cuz Lawd knows, we kaints do dis for ourselfs.”
One source of Garofalo’s insights into the black community, ergo the “black condition” is no doubt from Hollywood, as she is a product of that culture. Garofalo probably has in her movie collection films like Cleopatra Jones, the black heroine who is oppressed by the man.
What “White Chick Protector of the Lowly Negro” collection would be complete without Superfly. Talk about learning how to stick it to the man, Superfly is the boilerplate, dare I say the “White Chick Protector of the Lowly Negro” roadmap on how to stick it to the man. Further, Ron O’Neal, the actor who played Superfly, the black protagonist of the movie could easily be the predecessor for our first half-black president. Who can argue that Obama is indeed “sticking it to the white man?”
The irony of Garofalo’s comments is that they point directly at her own racist party:  The Democrats!
I am always amazed at how well Democrats argue the tenets of racism…against themselves. The party that founded the Ku Klux Klan has the nerve to proselytize to Republicans about racism. Democrats have done nothing, repeat nothing for blacks, except to exploit blacks for Democrats’ own racist agendas. If you don’t believe me, look at, well…Janeane Garofalo!
Click here to expand

Find this
infogrpahic and many resources at Criminal Justice
Garofalo is a failed comedian, a hack of an actress, a failed radio talk-show host, and essentially has been out of the mainstream since making B-movies that had the viewership of an Olbermann segment on MSNBC! I get more views on my YouTube videos of racist Democrats picking lent from their navels and eating Cheetos. Admittedly those are funny, and the hit count is rising.
In typical racist Democrat elitist fashion, Garofalo feels the need to meddle in the black community. I can’t imagine a life where I wake up in the morning and say something like, “I think today I will read an article on [insert oppressed here], and then go on [insert oppressed here] TV to protect those pitiful, stupid, weak [insert oppressed here]. Kevin…you are a wonderful man for caring about these people who obviously have no spokesperson, and can’t protect themselves! I love me some ME!” Such is the life of a racist Democrat elitist. Protectors of the World…oh, and their own agendas!
Here’s the wrap: 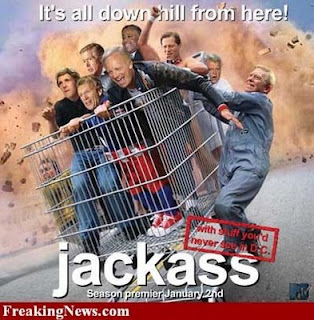 Black people should be up in arms over the idea that Garofalo thinks we are so weak, that we cannot defend ourselves. A group of people who survived slavery and the institutionalized racism of the Democratic Party, but we need the “White Chick Protector of the Lowly Negro.”

Further we should be offended that she is meddling not for us, but for her own benefit. She thinks we are stupid enough to support her lame attempt to exploit us. Are there not real black issues on which Garofalo could have been working in the black community that could have positive impact? I doubt it, since five decades of blacks voting Democrat have fixed all of the black community’s problems.
Finally, and perhaps most absurd of all is Garofalo actually proves herself to be not only a racist, but the worst kind of racist…an ignorant racist. She obviously knows nothing about the overwhelmingly racist history of her own party, and its decimation of black people.
Black people, wake up. What you have here is a no talent racist hack arguing for you, when there is no real issue. And it doesn’t take a genius to connect the dots on this one.

Garofalo is the prototypical elitist, who believes blacks to be weak and stupid. With those perceptions of blacks, she is the perfect representative of the racist, elitist Democrat Party. How did we survive without them?

Be sure to check us out on YouTube www.YouTube.com/theblacksphere01