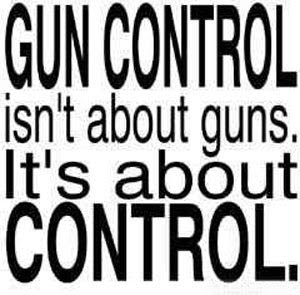 So the guns in Mexico are supposed to be from the US. Who cares? Like the gun control Liberals really need that as an excuse to try to get rid of the 2nd Amendment? The recent shooting incidents will undoubtedly provide even more manna from heaven for the gun control crowd. And that manna is the potential for money.

It makes as much sense to outlaw guns, as it does to outlaw cars. How many auto fatalities are there each year because of cars? Thousands. If there were no cars, then there would be no drunk driving, or crazy spouses running over each other, or people talking on cell phones while driving, who kill pedestrians. Get my point?

If you saw the movie Thank You for Smoking, then surely you recall the scene with the MOD Squad, i.e. the Merchants of Death. They are the triumvirate of cigarettes, liquors, and guns. It was quite clear that guns were the lowest on the death scale, when compared to the other two vices.

Liquor and cigarettes both have very healthy taxes on them. In fact, with the new Obama Tax cigarettes are about to be as expensive as crack and meth…perhaps more expensive.

Cigarettes have been declared addictive, ergo a drug, yet they are completely legal. They know cigarettes will eventually kill you and have all the statistics about how cigarettes impact our healthcare system. The same is true for alcohol. All good reason to BAN cigarettes and liquor. Yet you could hear a mouse piss on cotton in a vacuum, as far as the outcry. Why?

Clearly the Liberalis can’t figure out how to tax guns into oblivion. Yes, folks , it’s really that simple! Guns are not consumable, like the other vices.

Now you hunters and shooting enthusiasts, i.e. “gun nuts” as they like to call you, perform part of your taxable duty by purchasing more bullets (consumables for the gun world), than the average Joe. But that’s not enough. And the rest of us just don’t put very little back into the system, as we are not all avid hunters, nor do we target shoot routinely. So the government revenue stream needs work, in order to appeal the Liberals.

What people don’t really understand is that Liberals are all about taxing. Liberals literally sit around looking for things to tax. And the worse the habit, the more they feel it deserves a tax.

If you don’t believe me, here are the taxes on my last rental car bill. I rented this car in The Land of Lincoln, that being Chicago IL: 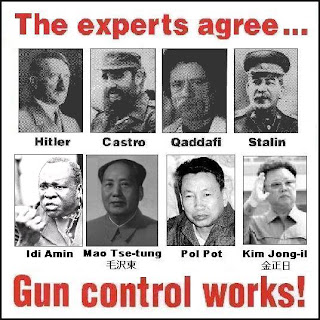 You’re being fooled, bamboozled, and led astray. Liberal politicians don’t care about public shootings. They only care about the photo op or the sound bite that can come from such incidents, as a way for potential income.

Politicians love polarizing issues, and they play both sides of the fence, depending on the will of the wind and the existing political climate. They are willing to tackle the issue in front of a camera, however behind the scenes they could care less.

You can add up all the gun crimes for decades and it wouldn’t be a fraction of the number of babies killed due to abortion. But you see no call by Liberal politicians for a ban on abortion doctors. Abortion doctors should certainly be considered as part of the MOD squad, wouldn’t you think? This is because abortion is good for business. They get stem cells from fetus, it promotes their socialism agenda, and it is…a polarizing issue.

So gun owners, if you really want to get the monkey off our back, help the racist, elitist Democrat Liberals create a way to really pound you on taxes. Perhaps a recertification tax, requiring you to register your gun every year? Or perhaps you could pay a usage tax? That way, when you shoot a criminal, you will be doing your civic duty…twice!

The point is that these guys will continue to go after your guns until they figure out how to make it profitable. If you are willing to help them figure this out, I assure you that the outcry may still be there, however you will be part of the most successful lobbyist organization in American politics: The Almighty Dollar Lobby.

Kevin Jackson is an author of four books in sales and politics, as well being the author of The Black Sphere blog. He has been published in Africa News and Hoovers. Visit Kevin at http://theblacksphere.blogspot.com or email him at [email protected]
The Black Sphere online magazine is at www.openzine.com/theblacksphere, and you can catch Kevin on The Black Sphere radio show every Thurs 9P-11P Central (times subject to change) http://blogtalkradio.com/TheBlackSphere
Facebook Twitter
Kevin JacksonApril 7, 2009
4 minutes read
Don’t Miss Out!