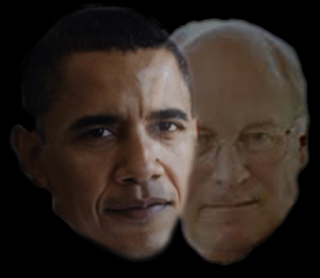 I love it when the bad guy wins and gives it to “the man.” Finally in the Bizarro World that is now Amerika (it’s spelled ‘left’), the bad guy finally won. Of whom do I speak? I speak of Cheney, a true patriot—publicly exposing Obama, a complete fraud.
Lamestream media to the rescue, because their messiah is getting publicly flogged. To think that we were told how “smart” Obama is. Well if brains were dynamite, Obama couldn’t blow his nose! So taking on Cheney, a true intellectual with a real track record of achievement is just asking for trouble.

So we get reports that America is experiencing “Cheney overload.” This is liberal code for “Cheney is too effective, let’s create public opinion that he is the Anti-Christ.” Maybe the Left is tired of Cheney, but conservatives are energized. I predict many fence-sitters are as well. “Feels good don’t it!”

In confronting the worst president in history (and Obama ain’t even finished polishing his turd) Cheney was absolutely brilliant—the epitome of leadership. Cheney has no dog in this fight, no agenda. As he said, he has “no favors to garner.” Cheney desires but one thing…to protect America.

He speaks with eloquence and passion—backed with substance! For you liberal idiots who think the teleprompter president is riveting, take a gander at “the bad guy,” the old white Republican boogeyman. Cheney speaks with the passion of reality, and not the fad of idealism.

Meanwhile, “Junior” is still trying to sell America on the idea that he is willing to do anything to protect America—anything except [fill in the blank]. In typical Obama style, he accomplishes two things in his speech: (1) demonize the previous administration for protecting us, and (2) blame America for terrorists wanting to kill us.

According to Obama, Americans are barbarians, and Bush is the former Chief of the Barbarians. Sort of like another “great” racist Democrat president Andrew Jackson calling the Native Americans “savages” for protecting their lands and families. That makes me a proud “savage.”

It is long overdue that somebody stepped up and confronted the lunacy of the Left. Who better than a 40-year veteran of Washington, and no-nonsense guy like Cheney—a man of real accomplishment and credentials. Cheney has forgotten more about running a country, than the no talent hack currently occupying the void will ever know. 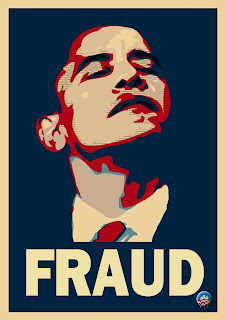 Obama has produced no evidence that harsh interrogation didn’t work. However, he has implied that he may have been able to coax critical information out of our enemies—maybe?

Coincidentally, the documents are unavailable—ObamaSpeak for “the documents are being altered so that I won’t look like a liar. If not doctored, they will be destroyed.” Or they are being put in the same vault that holds his university records and his Kenyan birth certificate.

America is fortunate to have true a patriot, a real “bad guy” like Cheney to confront the evil that now occupies the White House. I love the irony this time of the bad guy winning and sticking it to “the man.” I also like that America is finally exposing who “the man” really is.