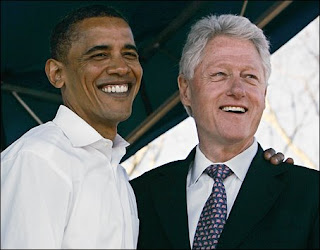 “The real first black president” –Bill Clinton—is getting seriously dissed with a mission to a country that is struggling economically and is a known hot bed for HIV/AIDS. Assigning Clinton as UN Special Envoy to Haiti is tantamount to putting a crackhead in a room full of tainted crack—pardon the pun.
Haiti is a country with somewhere around 75% of the population lives under the poverty line, and is ranked 146 of 177 in the Human Development Index (2006). Come to think of it, these statistics from Haiti remind me of the economic situation in Arkansas when Clinton left the governor’s office…to start pimping America!

Because of his support of Obama’s campaign however, Clinton likely imagined getting a cushy assignment in some Caribbean country and living in an Oceanside resort. There were some potentially spectacular choices. I would have narrowed to either the Dominican Republic or Trinidad, finally settling on Dominican Republic to work on my Spanish. But Clinton negotiated Haiti. I’m curious as to which Clinton did the negotiation on this assignment?

I have to believe that this was a pre-election negotiation by Obama separately with both Bill and Hillary—all parties thinking they made out like bandits. I imagine Obama’s conversation with Bill went something like this:

Obama: Bill, if you are willing to throw your hat in the ring and support my candidacy, I will do two things: One—I will get you away from Hillary. Two—I will make sure that she is too busy to be all up in your business.

Obama: OK Bill. In addition to my offer, I am willing to appoint you special UN envoy to a TBD Carribbean nation. You will see Hillary so seldom, you will forget what she looks like.

Obama then arranges a secret meeting with Hillary that went something like this:

Obama: Hillary, if you will throw your support my way, I am willing give you a high level position within my administration.

Obama: So what else do you want, Hillary?

Hillary: I’d like Bill out of my hair; but I want him to suffer.

Obama: How about I make him a UN envoy to a “Caribbean nation?” [wink]

Hillary: Barry, [wink] that would make Bill happier than a tornado in a trailer park. 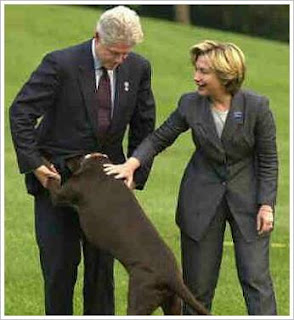 In 2000 Arkansas ranked 50th out of 50 in Education. I’m no linguist, however I believe in technical terms…that sucks! And Arkansas remained in the bottom five of lowest median income rankings under Clinton.

When Clinton became president, he took his Arkansas similar approach to Africa—that would be the “I’m just a Hillbilly from Arkansas and don’t know scratch” approach. The outcome was the death of 1,000,000 Africans on his watch.

300,000 of those deaths occurred while Clinton was “distracted” with the Lewinski incident. During this time in our nation’s history, Clinton put his “spiritual advisor” Jesse Jackson in charge of Africa for a while—reparations as it were; but only for Jackson. After all, Jackson had traveled there to watch Ali fight once. In Democrat terms, Jackson was over-qualified.

Jackson’s “expertise” got ~300,000 Africans killed. He was so well liked at the end of his tenure in Africa, that he was warned by an African head of state not to visit his country on his last trip, lest Jackson be assassinated. Jackson had the pilot turn the plane mid trip, and took refuge in Liberia.

As you can imagine, Obama recognizes Clinton’s leadership in all this. So Bill Clinton—the man Toni Morrison deems the nation’s “first black president”—will now be doing for Haiti what he did to Arkansas; and a few Arkansas women. Though Bill’s is mainly interested in unattractive, chubby white chicks, I suspect Bill might show his true ‘color’.

Kevin Jackson is an author of four books in sales and politics, as well being the author of The Black Sphere blog. He has been published in Africa News and Hoovers. Visit Kevin at http://theblacksphere.blogspot.com or email him at [email protected]
The Black Sphere online magazine is at www.openzine.com/theblacksphere, and you can catch Kevin on The Black Sphere radio show every Thurs 9P-11P Central (times subject to change) http://blogtalkradio.com/TheBlackSphere
Facebook Twitter
Kevin JacksonMay 26, 2009
3 minutes read
Don’t Miss Out!