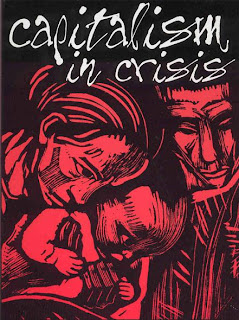 Obama has decided not to cap executive pay, according to his whipping boy Geithner. The idea that Obama would think he could even consider capping executive pay in a “free” society disturbs me. Massa say he won’t care if we takes a little extra rations—fa now.
According the AP,

“I don’t think our government should set caps on compensation,” Geithner said Monday during an interview at an invitation-only luncheon hosted by Newsweek.”

People in the Obama administration are used to having things just a bit too easy—they know nothing about risk/reward. Obama has said it numerous times—”I got lucky.” Obama didn’t get lucky, however. He was ruthless in his dealing with adversaries. As black folks say about “Slicksters”—”Don’t let the smooth taste fool you!”

By now you certainly know that Obama will have a scapegoat, and it will be some white Republican man. In the case of the financial industry woes, the scapegoat is “Greed.” “Wall Street.”

When you hear those terms tossed around so flippantly, you may have a tendency to forget that they are just “words.” Nebulous terms meant to conjure up images on of one thing: Rich white Republican men, hell bent on the destruction of the poor. What you won’t do however is consider the origin of the fiasco. That’s how racist, elitist meddling liberal Democrats want you to think–like “drunk uncles.”

I don’t blame “Wall Street” for taking advantage of the legislation initiated by fools like Jimmy Carter and Bill Clinton, legislation then forced on the financial industry by threat of lawsuit by Obama himself (and ACORN). And when the warning bells were sounded by Republicans in the House, they went ignored by Barney Frank and Nancy Pelosi…Dodd!

The Democrats would have you forget that in their zeal to “socially engineer” America (particularly black people), they disrupted the free market system—they created this mess. Carter, “the meddlist” decided that in America— everybody should own a house. No Peanut, everybody should have the opportunity to own a house in America.

I think people should have to work hard to get that house. I was raised by people who had this crazy idea: If you work hard for something, you will try harder to keep it. So if you make a $15,000 down payment on a home, you are less likely to walk away. Compare this with the Democrat approach, where you make the down payment of $15,000—with other people’s money.

Those lucky philanthropists used to known only by terms such as “greed” and “Wall Street.” We are now known as taxpayers, extremists—oh, and suckers!

We are back where we started—Poor black people getting kicked out of their houses—Democrats having tossed their cigarettes out the car window as they drove by; glancing occasionally in their rearview mirrors at the smoking house. By now some Republican has pulled over to help the “stranded homeowner,” only to get blamed for what is now a full-fledged fire!

So we capitalists get the memo that—for now–it’s ok to make money. There is a caveat: We are being watched. ObamaNation needs to monitor us; reign us in. 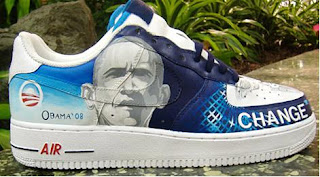 How many companies innovate by “playing it safe?” If you are like me you have heard many motivational speakers say to me, “Don’t push the envelope. Stick with the status quo. The moon? Don’t be an idiot! You can never go there!”

ObamaNation wants to make “capitalism” a dirty word. Socialism is being sold as capitalism. And socialists are humanitarians; capitalists should be watched. Capitalists are dangerous, greedy people, who have this crazy goal of, well…Capitalism—living their lives without the need of the government assistance or intervention. How dare you self-actualized sons of fatherless swine!

For now, Massa Obama has decreed that there will be no cap on capitalists’ income. It is written, yea verily it shall be done! However, as with all things in The War on Achievement – Era of Brown Underwear, you must consider how the other shoe will fall? No real secret here.

Obama will just take your uncapped income from you the old-fashioned Democrat way—one tax at a tiiiimmmme.

Kevin Jackson is an author of four books in sales and politics, as well being the author of The Black Sphere blog. He has been published in Africa News and Hoovers. Visit Kevin at http://theblacksphere.blogspot.com or email him at [email protected]
The Black Sphere online magazine is at www.openzine.com/theblacksphere, and you can catch Kevin on The Black Sphere radio show every Thurs 9P-11P Central (times subject to change) http://blogtalkradio.com/TheBlackSphere
Facebook Twitter
Kevin JacksonMay 21, 2009
3 minutes read