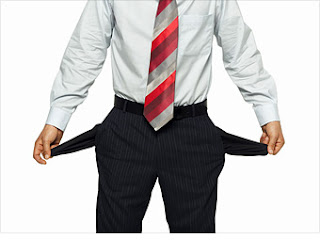 SCULLY: You know the numbers, $1.7 trillion debt, a national deficit of $11 trillion. At what point do we run out of money?

OBAMA: Well, we are out of money now. We are operating in deep deficits, not caused by any decisions we’ve made on health care so far.

Just four days later on May 27, Obama told donors and celebrities at the Beverly Hilton Hotel at a fundraiser:

“It’s safe to say we have stepped back from the brink, that there is some calm that didn’t exist before…”

I think what he meant to say is “…the economy is expected to jump—and I don’t mean ‘for joy’.” What do you think he would have said to a group of ex-Chrysler dealership employees?

Yet again, Obama invites you to dinner for steak, then serves up “turdburgers.” And the lamestream media is ready and willing to help him. They are busy covering biting issues like Biden’s teleprompter comments and other gaffes, a racist unqualified Supreme Court nominee, and a priest converting from Catholic to Episcopalian. These more pressing issues appear to have trumped the little things like—the potential for nuclear war with North Korea. Oh, and there is that pesky multi–trillion dollar deficit, that hasn’t been discussed in quite some time!

Fear not fellow infidels, because though we are out of money, the economy has stepped back from the precipice! If you haven’t appreciated it up to this point, hopefully you are learning to love liberal lunatic logic. It does leave conservatives scratching our heads! Liberals however, are easily misled to believe that the economy has indeed “talked itself out of suicide,” particularly those with more money than sense!

Despite Obama’s inability to pick a non-criminal and competent cabinet, his bankrupting of America, and his shredding of The Constitution, there are people (guess who?) who want this buffoon to have unlimited terms!

[Hat tip to Cris] There is a movement afoot to remove term limits, thus allowing Obama to officially become…a god. An excerpt from the website:

We are wise enough to choose our own leader and to decide how long that leader will serve.” 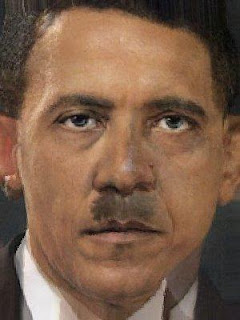 If I were a conspiracy theorist, I might think this resembles Nazi Germany. Civilian equivalent of the military, socialization of industry, youth brigades, control of the banks, to name a few things. Hmmm…

In a stroke of irony, the “repeal amendment 22 crowd” put Obama next to a picture of yet another racist Democrat—FDR. Coincidentally aside from sharing FDR’s racist views, Obama shares his economic views–though the site did neglect to mention Obama’s War on Achievement: Obama’s corollary to FDR’s Raw Deal.

Like FDR, it won’t surprise me if Obama wins a third term. All the cogs (ACORN, media, ignorant populace) are in place. After the 3rd term he will want to break the record and get a fourth term—because records were made to be broken–sort of like laws.

Finally like Hitler, Obama will just usurp the role of Der Fuhrer of Amerika, and we can all start learning Austrian.

The similarities to Hitler do disappear at this point. Unlike Hitler, Obama doesn’t want to take over the world. He just wants to run it from Amerika–with our tax dollars. And remember, it doesn’t matter that we have no money. We have returned from the brink. That means there’s more money to be had.

Kevin Jackson is an author of four books in sales and politics, as well being the author of The Black Sphere blog. He has been published in Africa News and Hoovers. Visit Kevin at http://theblacksphere.blogspot.com or email him at [email protected]
The Black Sphere online magazine is at www.openzine.com/theblacksphere, and you can catch Kevin on The Black Sphere radio show every Thurs 9P-11P Central (times subject to change) http://blogtalkradio.com/TheBlackSphere
Facebook Twitter
Kevin JacksonMay 29, 2009
3 minutes read
Don’t Miss Out!