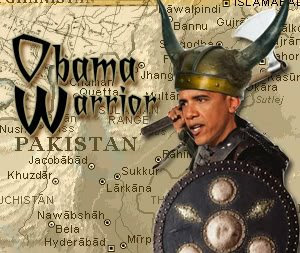 Be sure to check out our latest video on another Democrat racist – Hugo Black – Now the blog!

Where is the liberal outrage over the possibility of Obama getting the United States into yet another war? I guess when you are the party of warmongering, your outrage is reserved for demagoguery only when a Republican is in office.
Democrats are amazingly quiet about their warmongering, racist Democrat presidents, who have presided over four wars: WWI, WWII, the Korean War, and the Vietnam War. Democrats are equally quiet today, when it comes to their Messiah stirring up the new mess in “Pockestan,” and the notion that Obama will likely be presiding over four wars simultaneously: Iraq, Afghanistan, Pakistan…and don’t forget Obama’s War on Achievement!

The good news for America is that Obama is field-tested and battle-hardened, having fought those four Somali pirates. That was a close one.

Fortunately Obama hadn’t entirely disbanded and demoralized the military, less we have to rely on the civilian national security farce. This ragtag group “community organizers” doesn’t have classic military issued weapons. Instead, they are armed with…extremely tough words. And as we have learned from Obama—there are plenty of words.

I know I sleep well at night knowing that Obama is in charge of dealing with the situation brewing in “Pockestan.” After all we are dealing with Al Qaeda insurgents who have been attempting to destabilize Pakistan for some time now. They fight to obtain nuclear weapons. I’m just speculating here, but I don’t think they are planning on just using words against the US.

Given Obama’s tough stance on issues such as the protection of America and his staunch support of the United States military, I found it quite humorous that these Islamic jihadists would dare to challenge him. I’m left to wonder why these “former extremists” and potential “man-made disasterists” did not escalate this action when they had their chance—when Bush was in office? Bush was a man of action, not words! Stirring up a mess in Pakistan with Obama in power? Well that’s just asking for some seriously strong words!

In this Reuters article, the author writes:

I love the media’s take on Obama—the “pragmatist.” You have to appreciate that quality in a leader; particularly when you are held by four Somali pirates in a dingy in the middle of the ocean. I know if I were in that situation, I’d like a pragmatic approach as well—a pragmatic Navy seal team to just shoot the bad guys…day one!

It does appear that Obama may finally be recognizing the threat of global jihad, as evidenced in this statement:

“I’m pleased that these two men, elected leaders of Afghanistan and Pakistan, fully appreciate the seriousness of the threat that we face and have reaffirmed their commitment to confronting it,” Obama said as both Karzai and Zardari stood silently at his side. 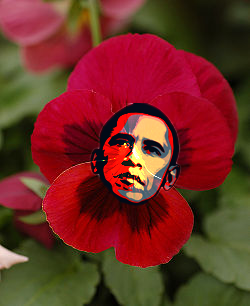 To think that during the election, Obama all but promised to shut down America’s military, decommission our nuclear program, stop funding weapons programs, and so on. He has now ended torture, and we will now essentially use “dialogue” as a weapon. After sitting through what appear to be an inexhaustible supply of painful Obama press conferences, I can attest that Obama is wearing me down—Just stop it! I’ll tell you whatever you want to know! Just no more press conferences!

Further, admittedly I like the idea of Obama providing his racist Democrat base with a sharp poke in the eye. Nothing like having wars fought on four fronts (don’t forget Obama’s War on Achievement) to accomplish that. Thankfully he ended the Somali war quickly, or there would be five simultaneous wars! As we have come to learn about Obama, he likes to do things bigger and blacker. Why should war be any different?

Kevin Jackson is an author of four books in sales and politics, as well being the author of The Black Sphere blog. He has been published in Africa News and Hoovers. Visit Kevin at http://theblacksphere.blogspot.com or email him at [email protected]
The Black Sphere online magazine is at www.openzine.com/theblacksphere, and you can catch Kevin on The Black Sphere radio show every Thurs 9P-11P Central (times subject to change) http://blogtalkradio.com/TheBlackSphere
Facebook Twitter
Kevin JacksonMay 7, 2009
3 minutes read
Don’t Miss Out!