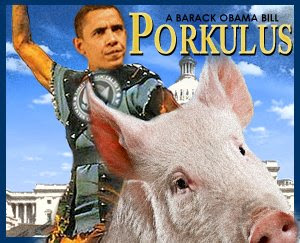 It has been said that because Obama was elected, the Left has no comedic fodder, as they did with Bush. I think this is a complete crock of crap. I think the Lefties are just afraid to address the obvious racial humor that comes with our first black president. That’s how Leftist Democrat racists deal with things.
When you consider for example that China recently “cut up America’s credit card,” one would think comedians would have pounced all over this? The fact that a black president is the reason America’s credit is now in the toilet has all kinds of funny implications.

WASHINGTON – “With the recent confiscation of America’s credit card by the Chinese, we have proof that Obama is indeed more black than white.”

Pre-Messiah, the US had 45 countries buying our T-bills. That number is down to 16 in less than 100 days. At this rate, Obama will have to ask his mother-in-law to co-sign for his Blackberry service. God forbid Obama has to use his daughters’ credit to apply to get the electricity reconnected in the White House. A blackout in the White House.

Recall that Obama actually said that Austrians speak… Austrian! Where was Joe Biden when Obama needed him as a wingman to say something even more stupid than Obama’s comment? How many languages could we have invented on this Obama gaff?

The way I figure it, all American are multi-lingual by Obama “Harvard educated” standards. We all speak Austrian, Mexican, and African to name just a few.

Here’s something to consider. Obama the narcissist is dying his hair. And it’s been just over 100 days. What about all the metrosexual jabs people could take at Mr B-Cup? My bet is he is getting his eyebrows waxed, facials—and of course colonics—likely administered by Rahm Emanuel.

Speaking of narcissism, what about Obama’s need to pre-empt American Idol to hold his “nothing new here” conferences. Something tells me that if there was a show called World Idol, American Idol would be safe from interruption.

Obama was going to adopt a pound pup, but ended up getting a Portuguese water dog…a gift from “a Kennedy.” Asked for comment, Obama said, “It was only fitting that I get a water dog, to join me when I walk on water.” And they named the dog “Bo.” Please comics, where are you, chickenheads?!

The selection of Joe Biden as Vice-President—Honestly, does it get any funnier than this? There is a saying that smart people surround themselves with people who compliment their weaknesses. I guess we can conclude from Obama’s VP and cabinet selections that he has no weaknesses, and is in need of no help. Because he has surrounded himself with the most incompetent cabinet and group of advisors in the country. Republican’s couldn’t have picked a more idiotic crew for Obama.

Obama banned torture of terror suspects, yet the American public was tortured routinely for some time now having to view Janet Napolitano’s mug discussing the Swine Flu epidemic. Where’s Janet Reno when you need her? By the way, are there any attractive liberal women in Obama’s cabinet?

Do we even need to discuss Obama’s need for a teleprompter?

The Black Sphere News, May 6

WASHINGTON – In what some might consider a drastic move, Obama replaced his eyeball lenses with two miniature TOTUS, negating the need for a teleprompter. Asked for comment, Obama said, “I’m so happy about this, so much so I just wish that I had more eyeballs. I’m just so happy!“ 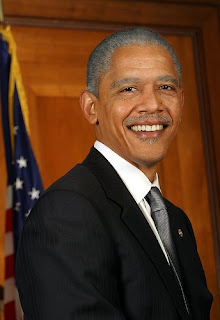 I read somewhere that the reason there aren’t more jokes about Obama is that truth is really funnier than anything anybody can write. I agree with this, though I suspect people are being “hands off” on Obama for other reasons. He just gives us too much fodder to be almost completely ignored.

Personally, I just hope that Obama can get America’s credit scores back up. It saddens me to think that the White House is being decorated with stuff from Rent-A-Center.