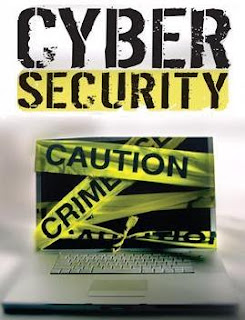 He may not have provided transparency in legislation, but Obama has no problem providing transparency to our enemies on CIA interrogation techniques–at least when it makes America look bad. Don’t fret America, because Obama has given the CIA tough, new, highly classified… words. It was leaked to me that one of the words is “latte”—promise not to re-leak that. I shudder to think what the man-made disasters will do when they hear, “The password is…latte!”

As for other attacks by Obama on America, Obama has been very open about his global agenda. In fact when he was in Europe, he not only recognized The New World Order, he told the world to send us bill for our membership dues—what the heck let’s just pick up the tab for everybody, just like the UN. It’s only money. And the US has big printing presses –  and lots of ’em.

What better way to attack from within than to dismantle the military. Obama was honest about this attack on American sovereignty, prior to the election. And he has been nice enough to give us an alternative—”the civilian equivalent” of the military, and “just as strong.”

As for the original military, an ideological attack occurred when Obama rescinded “Don’t ask, don’t tell.” After this, strategy called for a full frontal assault. So Obama slashed the military budget, then inquired about taking Vets off the VA dole. This would have required soldiers injured in combat to utilize their spouses insurance or something else—just don’t ask the government to take care of you! What is ya, ignant?

The war against America’s military continued, when Obama authorized his Secretary of Homeland Security, Napolitano to declare our veterans as potential man-made disasters. I’m happy to now know who our true potential enemies are. I was under the delusion that the military protects America. I left government school in the 9th grade to attend the Marine Military Academy, the likely source of this idiotic concept. Napolitano later apologized for people mistaking what she said. Huh? Yep!

Not that America needs any more overt declarations of war from Obama, but that didn’t stop him. He has come out firmly against torture, threatening even to go after the previous administration for protecting America after we were attacked on 9-11. With respect to how he himself can handle man-made disasters, Obama did reserve the right to reinstate The Bush Doctrine on torture—should it suddenly become politically expedient. For now, however he is against it—that is unless he decides to be for it.

Any good war strategist knows that one must undermine the currency, as part of a good all-encompassing strategy against the enemy, in this case America. Obama is winning ‘the battle within’ on this front, spending our nation into oblivion! We are surpassed only by Zimbabwe (another country with an African ruler) at this point.

Obama has reduced our number of potential lenders from dozens to just a handful. Our largest creditor, China has us on credit hold, demanding that we cut up our China Express credit card. And if one communist country sounding the warning bell isn’t enough, we have the Russians saying to the world that betting on America is no longer smart business—it’s stupid in fact. Nations are debating whether the dollar should be the global currency, given its future prospects. But the war doesn’t end here.

There is The War on Achievement. Obama has removed incentive for Americans to want to do better. Companies too big to fail are seized. CEOs are working for $1, and those who are not might be capped at $500K. Failing companies get bailouts, successful companies get threatened. 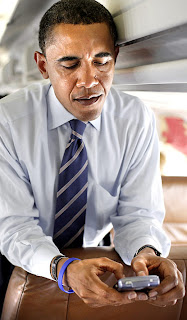 Frankly, with all the internal wars being waged by Obama against America, I say to cyber thieves, “Stand down.” Why bother doing against America what is already being successful done from within…by the guy with the keys to the kingdom?! Obama is doing a better job of destroying America than all hackers, foreign and domestic—combined.

For those of you who believe that Obama is setting up some innocent new department—think again. This is the same guy who won two elections by having divorce records of his opponents made public.

When you think of this new department, think New World Order. Think Obama having ready access to information on extremists. Information he can access and disseminate at the touch of a few buttons.

Note that Obama isn’t relinquishing his blackberry. No national security threat with Obama being connected to six million ignorant zombies (and growing)? All these zombies are just a few keystrokes from access to the nation’s secrets or could be given access to certain information.

The rest of us will just have to rely on Joe Biden.

Kevin Jackson is an author of four books in sales and politics, as well being the author of The Black Sphere blog. He has been published in Africa News and Hoovers. Visit Kevin at http://theblacksphere.blogspot.com or email him at [email protected]
The Black Sphere online magazine is at www.openzine.com/theblacksphere, and you can catch Kevin on The Black Sphere radio show every Thurs 9P-11P Central (times subject to change) http://blogtalkradio.com/TheBlackSphere
Facebook Twitter
Kevin JacksonMay 30, 2009
4 minutes read
Don’t Miss Out!