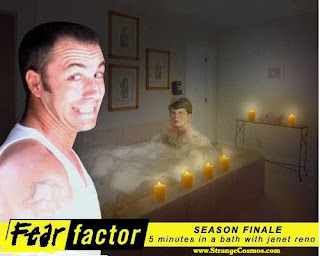 Which is it? You will do whatever it takes to protect America. OR you won’t torture. The two are indeed mutually exclusive. Because, if you won’t torture, then you won’t do whatever it takes to protect America.
Such is the contradictory nature of Obama. His policies are completely ridiculous, that is if you have even a modicum of common sense. Yet his followers, whom I have concluded are just plain idiots, buy into his these inane policies, based on his so-called eloquence.

Most second-graders know that no terrorist will admit to anything without some potential bad outcome? Imagine being caught planning to destroy America with a nuclear or biological attack, and getting harsh interrogation…with words! Worse yet, even words are limited—as the words you chose can even be considered torture. That’s right you “sons of motherless goats.” You could go to Leavenworth for using harsh words to someone fanatical about destroying our country!

About the toughest thing with which we will be able to torture people hell bent on the destruction of the United States will be to use liberal women—a homely bunch for sure—with extremely bad breath to handle the interrogations. Even with a bad breathed Janet Reno “hoffing” in the face of a captured terrorist, I just don’t see him giving up the goods. It’s just not the same as getting the crap kicked out of you until you talk. “Ve have our vays to make you talk!”

If a terrorist wants to destroy the country and doesn’t mind dying, then what makes you think you will coax the location of his dirty-bomb out of him with a halal meal and a coke? It has been discussed that if indeed we could not coax the information out of a terrorist who had knowledge of something potentially devastating to America, then the president could authorize the use of torture. However a high placed source in the Pentagon said that it’s not that easy—nobody wants to be hung out to dry by ObamaNation later for torture, even if it could save millions of American lives.

Allow me to translate this for you: “In an administration run by a jelly-fish spined, no talent hack ex-attorney, whose only claim to fame is being a community organizer, I won’t stick my neck out.” No CIA or military person will stick his neck out, based on…Obama’s word.

The idea that protecting our citizens through ANY means necessary diminishes our standing in the world community is completely ridiculous—superseded only by idea that we should care at all what the world thinks about how we protect ourselves! Is there any discussion here in America about how Germany protects itself? France? Spain? Do I even need to discuss how Muslim nations handle their interrogations?

By the way, ask a parent what he is willing to do to protect his child, and see what answer you get. For you liberals who value animals more than humans, why don’t you ask a mother grizzly bear. Any idea what a she would do to protect her cubs? Something tells me that she won’t interrogate you. She may not kill you, but you will get the message. No words needed!

Left to Obama, we would still be using our tough words with the four Somali pirates. Thankfully a Navy commander understood that…actions speak louder than words. In the tradition of a true military man, he was prepared for the fallout of an unsuccessful outcome. Yes, there is still room under Obama’s big bus. 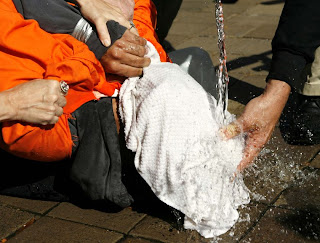 There is torture happening in The Era of Brown Underwear. It is not however terrorists being tortured, but the torture of America citizens and our sensibilities. We are being shown that we no longer matter. That the world’s view is more important, than how we feel about ourselves—about America. We are just part of the collective.

With this new torture initiative Obama is promoting the idea that America needs to regain some moral high ground, as if protecting America is an immoral ideal. The fact is America has never lost the high ground. America does not want to destroy the Muslim world, as they do us. So this is yet another example of Obama attempting to reshape something that didn’t need reshaping. Meddling. Creating activity where none needs to exist. This is what people like him do. They want their hands in everything, yet contribute nothing at the end of the day. Obama has an image of an America that most reasonable people see as foolish.

The sad part about all this is that it will take something catastrophic to happen in America to derail Obama’s lunacy train. And when that something drastic does happen, sleep well knowing that Obama might give the word to torture the person(s) responsible.

Kevin Jackson is an author of four books in sales and politics, as well being the author of The Black Sphere blog. He has been published in Africa News and Hoovers. Visit Kevin at http://theblacksphere.blogspot.com or email him at [email protected]
The Black Sphere online magazine is at www.openzine.com/theblacksphere, and you can catch Kevin on The Black Sphere radio show every Thurs 9P-11P Central (times subject to change) http://blogtalkradio.com/TheBlackSphere
Facebook Twitter
Kevin JacksonMay 4, 2009
4 minutes read
Don’t Miss Out!