The UN met recently on the subject of racism, Interestingly enough, the most racially diverse country in the world—the United States—refused to attend the meeting. How ironic is that? One would think that Obama would have leapt at the chance to showcase his ability to cross the racial divide.

The election of Obama was supposed showcase America’s new era of tolerance, and be a beacon to the world—or did I misread the memo? The election of a “black” man was to prove to the America and the world that America was not the hate-filled, bigot-ladened country that the world perceives us to be. After all, we had elected a man that only a few decades ago would have been forced to drink from a segregated water fountain, due to the racist policies of Democrats. So after decades of racist Democrat oppression, America elected its lowest of the low—the least common denominator of American culture. America elected a black man…GASP!

So racism in America should officially be over, right? And if Obama’s election is truly a beacon for the world, then racism should have ended all over the world, right? The Palestinians were to lay down their arms against Israel, as were other Muslim nations and Iran. Genocide around the world and religious persecution should now become footnotes in history…anecdotes.

Yet we still have Iran threatening to blow up Israel, North Korea threatening their own ethnic brothers down south, genocide in Darfur, and a host of other atrocities. And in America Democrats are still persecuting blacks and liberals going after conservatives with a vengeance!

We not only have increased the racial divide, we have expanded the discussion beyond race. We now have friendship and familial divides. With the election of Obama, there are more people in America today who have lost long-term friendships, than over likely any president in history. I personally lost a friend of 28 years, because he didn’t like that I wouldn’t support a do-nothing, no talent hack like Obama.

Further, relatives are not speaking to each other over Obama’s election. One example is I was recently contacted by acquaintances who said that their daughter-in-law doesn’t want them, the grandparents to see her children, because the grandparents did not support Obama. She called her in-laws racists. I have heard many such cases.

To get into the mindset of racism, you have to understand that racism is built on the notion of somebody being better than somebody else. Racism is a form of elitism. My race is better than your race. And racism reaches it tentacles into societal issues, such as rich being better than poor, for example. Elitism. 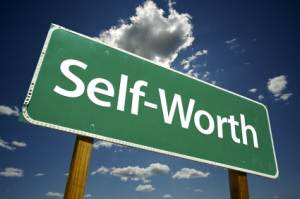 From this black man’s perspective, those questions highlight the idiocy of the idea is that in order to celebrate the ascension of Obama, a black man to the highest office in the free world, I must consider myself “lowly” to begin with. Black people were treated badly. That’s a cross for racist Democrats to bear. Just because you called me a nigger, doesn’t make it so–at least in my mind. Get it?

I have not, nor have I ever been lesser than any man by birthright, regardless of his color. That is not to say that there are not better men than I. There are. But they are better based on their merit, not their ethnicity or their incomes. Racist Democrats tried to indoctrinate me, and many other blacks to believe that white is indeed better than black–a lie believed by many blacks to this day.

Racist Democrats and their ilk all around the world are the reason that racism existed in the past, and continues to exist to this day. They encourage people to consider themselves “lesser”—they encourage stupidity. Black people line up to buy stupidity by the six-pack, and the world buys it in 50-gallon drums.

So I say to the UN, that you can eradicate racism, when you start telling individuals that they are all equally important in the world, and not lowly peons. You should tell countries that they should not feel “lowly” in comparison to the US, but should celebrate what they can become.

Point? There is no real racism in the world; just a lot of people and countries who think small.

Kevin Jackson is an author of four books in sales and politics, as well being the author of The Black Sphere blog. He has been published in Africa News and Hoovers. Visit Kevin at http://theblacksphere.blogspot.com or email him at [email protected]
The Black Sphere online magazine is at www.openzine.com/theblacksphere, and you can catch Kevin on The Black Sphere radio show every Thurs 9P-11P Central (times subject to change) http://blogtalkradio.com/TheBlackSphere
Facebook Twitter
Kevin JacksonMay 1, 2009
3 minutes read