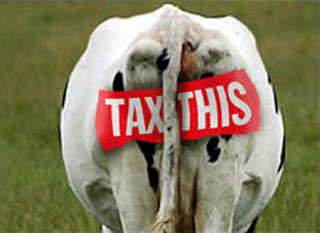 In case you didn’t get the memo: The Obama gang legislates on you—not for you. Socialists tax everything, their latest proposed tax is on air. Actually they are even smart about that. They are breaking air into its pieces, so they can tax us one molecule at time—beginning with CO2.
As reported in Yahoo News,

“Under the new vehicle standards, U.S. passenger vehicles and light trucks must average 35.5 miles per gallon (6.62 litres/100km) by 2016. Obama said that would save 1.8 billion barrels of oil over the lifetime of the program — the equivalent of taking 58 million cars off the road for a year.”

Guess how the fuel standards have been met over the past decades? Lighter cars. Engines have increased in horsepower and performance; however the main reason for increased fuel efficiency has been reduced weight of the vehicle. What result can we expect—smaller cars?

Despite absolute no real evidence to support man-made global warming, Obama is mandating that cars be made more efficient. Allow me to connect the dots.

In order to sell cars in America all manufacturers will need to meet the standard. So Obama gives Government Motors a leg up on the competition with this new legislation, essentially guaranteeing at some point in the future that Americans will be forced to buy whatever crap Government Motors puts out. Socialist love to manipulate the rules, and they do so at the expense of competition. Aren’t you nostalgic for the old days, when the average car were unsafe, had no innovation, yet cost you a year’s salary—or more?

It doesn’t matter to Obama that the auto industry has always adapted to the free market. During the Carter years (sorry to reminisce) of high inflation and the long gas lines, the auto industry responded with the smaller, less expensive cars. Frankly, that period was a Renaissance for the auto industry, as foreign competition gave us vehicles that were aesthetically pleasing, more powerful, yet more fuel efficient.

Fuel efficiency, safety, aesthetics or whatever the reason, the auto industry adjusted to the demands of the market.

Is making vehicles more fuel efficient a good thing, sure it is. The auto industry is already doing this, creating hybrids of all types. The only thing Obama is trying to do is to take credit for their work. Imagine that!

Again Yahoo News informs us, the fox will be guarding the hen house:

“The Environmental Protection Agency would regulate and reduce tailpipe emissions for the first time under the standards.”

Yet another government agency with real power entering your life–possibly confiscating your vehicle or levying heavy fines for non-compliance? 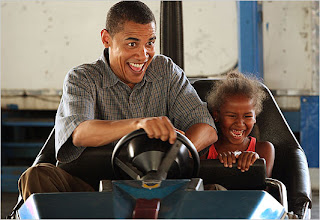 It is reported that the new standards will add about $600 to the price of manufacturing a vehicle…and that’s cost—not retail. But what is really happening here is the UAW $600 raise. Hmm…

All the automakers have engineers and designers on the payroll. Their costs are fixed. So with the stroke of a pen and adding this new requirement, Obama has paid his unions dues—campaign promises, bribes kickbacks—with this $600 per model raise. And he has given the American consumer a new tax, and an increase of $2000 in the average retail cost of an automobile. All we wanted was a t-shirt!

Even the most stupid liberal knows that a company run like GM or Chrysler could not survive on its own. But you can, when you have ObamaNation feeding off its citizens. Do you think your counterpart in China will be paying this consumption tax? Russia? Iran? No unions to support in those countries.

Today Obama wants to tax part of air…CO2. All we can say about tomorrow is since the union liveth, the tax man cometh.