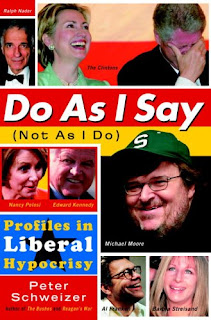 Republicans have a daunting task in 2010, and then again in 2012 to defeat the Democrat machine. Unlike the Republican machine, the Democrat machine is real. Democrats are one of the most ruthless gang of thugs in the history of the world, so ruthless in fact they make Hitler look like…a community organizer. And they are willing to sacrifice black people, if it means achieving their goals.
So I offer this advice to all Republicans seeking office in the coming elections. First, don’t apologize…for anything.

Stupid Liberal Democrat Media: “I see in your divorce agreement you only get the kids every other weekend, Conservative Candidate.”

Conservative Candidate: “Yes. That’s more time that you spend with yours, and you have yours all the time. Next question.”

Next, always be ready to go on the attack. As a Republican, you are within your rights. In your attack, you must call Democrats and liberals racists and elitists. Re-read that last sentence!!

Stupid Democrat Liberal Media: So why do you want to cut welfare spending? Isn’t that racist?

Conservative Candidate: “You are a racist for asking that question, stupid liberal Democrat media person! For years Democrats have falsely held the high ground on issues like civil rights. I am here to correct this. So I say to blacks, that Democrats have played you for decades. They have spent almost $7T on the War on Poverty. Do the math: The government could have given every black man, woman and child, $1M+ each, yet what do blacks really have to show for this so-called war. I ask every black person in America this question: Do you think you are winning the war?

Bill and Hillary Clinton played black people for eight years. The Clintons were from Po-dunk, Arkansas, essentially perennial wards of the state—the largest welfare recipients in the history of America. That is until they took their white trash show on the road. In ascending to the highest office in the land, Bill Clinton became the “first black president”—according to blacks.

It is a slap in the face to black people to want to claim as theirs, the lowest of whites—white trash. Aside from womanizing, Clinton is slick talking, big pimping white trash president, who was on his hustle. And boy did he pimped black people! Look at exactly who gained during the Clinton years?

In 2000 Clinton didn’t have a pot to piss in or a window to throw it out of. Read this article in the Star Tribune for more details (emphasis added by me):

“Sen. Hillary Rodham Clinton’s average net worth grew from negative $6 million to $30.7 million from 2000 to 2006, the fastest financial climb in recent years for any member of Congress who started out with no assets.”

The Clintons got paid, and black people got played. Clinton’s net worth has eclipsed the $100M mark.

Examine the Clinton ‘hangers-on’ and where they are now. Many are part of Obama’s cabinet, and cashed in prior to these appointments for major bucks, that is except for Ron Brown—bug juice on the side of a mountain somewhere in Africa. Just like in the movies, the black guy doesn’t make it past the first ten minutes! Black Democrats—you’re being played!

This story is not limited to the Clintons. Al Gore is making $100s of millions of the hoax of global warming. The half-white side of Obama went from poverty to being worth many millions in just over 4 years. Feinstein, Pelosi, Boxer and about all other Democrat politicians, including Crazy Joe Biden are all cashing in to some degree. All these white racist Democrat politicians have benefited greatly from black people, but what have blacks gotten for their loyalty? Nothing!

The Democrats have sold blacks on the idea of socialism as if all things will be equal for all Americans–rich versus poor, as if black people don’t want to be rich?!

But as I said earlier, rules don’t apply to racist Democrat elitists. If you believe for one second that Pelosi, Reid, Obama, Clinton, Kerry, Kennedy, Gore and their ilk will be on the same system as you or I, then you are delusional as Al Sharpton thinking he can be president.

If socialism is such as good thing, then why do all those Democrats I mentioned still live in their mansions, and not amongst the Sodomites? Why are they not giving up their wealth to prove their point that equalization or redistribution of wealth is the way to go? Proof is in action, not words. I doubt ignorant liberals understand this concept of reality.

So the fact remains—Democrats are ruthless. They prey on the stupidity of the general public, and they cook stupidity into the recipe of dealing with blacks in particular. It bears repeating. Black people—you’re being played.”

“I’m Conservative Candidate. And I approve this message.”

Now I would vote for this candidate. And we’d better find somebody willing to go out on this fruit-filled flimsy limb—just like Reagan did.

Kevin Jackson is an author of four books in sales and politics, as well being the author of The Black Sphere blog. He has been published in Africa News and Hoovers. Visit Kevin at http://theblacksphere.blogspot.com or email him at [email protected]
The Black Sphere online magazine is at www.openzine.com/theblacksphere, and you can catch Kevin on The Black Sphere radio show every Thurs 9P-11P Central (times subject to change) http://blogtalkradio.com/TheBlackSphere
Facebook Twitter
Kevin JacksonMay 11, 2009
4 minutes read
Don’t Miss Out!