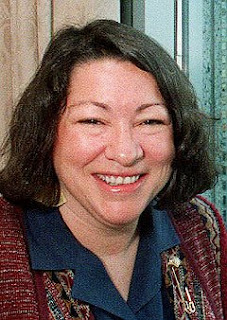 Obama decided today to make the announcement for his appointment to the Supreme Court. He has selected Sonia Sotomayor. I must say that I find both his choice and timing provocative.
Since the announcement of Souter’s retirement, there hasn’t been a lot of time to vet potential Supreme Court candidates, particularly when you consider that these are lifetime appointments. Frankly I’m amazed that Obama found the time to vet anybody given his busy schedule.

When Obama is not saving the world (with American taxpayer money) he busies himself with those $100 per pound beef dinners. Then there is picking his brackets for the Final Four, and hanging with the Pittsburgh Steelers.

Next we were privy to the White House Press video of “O” shooting hoops with the UConn women’s basketball team. Can’t pass up shooting hoops, stereotypical though it may appear. And finally who could forget all those commencement addresses?

With all those pressing issues, I can see how Obama has decided not to address issues like Israel potentially attacking Iran’s nuclear facilities or North Korea’s recent nuclear test. Thankfully Obama has put these issues on the backburner. Lord knows, we need to fast-track Sotomayor. It’s a crisis!

Anyway when it comes to Obama’s appointments, we’ve gotten use to the idea of “do-overs.” Anybody willing to bet that Sotomayor doesn’t blow up in Obama’s face? Vegas set the odds on what could potentially upend her appointment as follows:

Obama is shrewd. By appointing a Puerto Rican woman, he gets a “two-fer”. In this way he placates both Hispanics and women’s groups. Really?

Puerto Ricans are a proud bunch, so Obama will no doubt garner the vote of the “51st state.” It is likely that Obama feels that having a Puerto Rican will get him the Hispanic vote in general. There are bitter rivalries amongst the Hispanics, however so the jury is still out there on this. I say the Mexicans will not be happy, given that they outnumber Puerto Ricans by a large margin.

As Cleavon Little said in Blazing Saddles, “Where da white women at?” Let’s just call the women’s groups what they are: “The White Racist Liberal Democrat Women’s—with Lots of Lesbians Too—Club.” Like this group really cares about the causes of Hispanics or women of color. This is a powerful group of white women, like Pelosi, Boxer, Feinstein, all NOW generation women, and disciples of Gloria Steinem. Conspicuous by their absence…women of color!

“The White Racist Liberal Democrat Women’s—with Lots of Lesbians Too—Club” will publicly applaud Obama’s choice—as if it were ordained by God Himself. However behind the scenes on the Washington Cocktail Party circuit, they will deride Obama for not having picked a white woman. With all the elitist snobbery of this group of racist white Democrat snobs, they will ask, “Why not Hillary?” or some other liberal white woman who rode the back of a man to get to her position of power. There are plenty of examples of those women who “made it”. 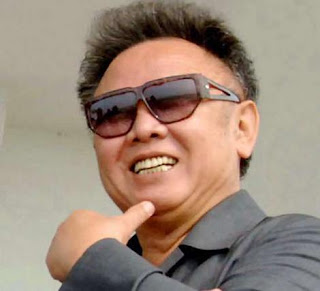 Must blacks rely on old white Republican men to appoint more blacks on the Supreme Court? If you can’t count on a black president to do the right “thang”, who can you count on? With more pandering left to do by Obama—I say “Don’t sweat this, kinfolk.”

This appointment is subterfuge by Obama, par excellent. It is meant to save us from witnessing Obama’s harsh, and very public torture of North Korea…with his tough words. Obama needs time to deliberate on exactly what words to pull out of his arsenal to use on North Korea. I shudder to think! I’m just glad the very real Supreme Court appointment crisis is here to keep Obama focused and not sidetracked about the perceived crisis of the potential for nuclear holocaust.

Like blacks have been for decades, Hispanics are being played with this token appointment. Simply put, Sotomayor is a sacrificial goat. She has more skeletons than the National Archeological Museum of Athens, some of which are not even in the closet—they’re on video! And because she is not white, I expect the mainstream media to actually do its job and give her a good Hispanic beatdown, subtle though it may be.

If I were a betting man, I’d take the long odds of Sotomayor not making it. And when this story is page 18 of the D section of the paper, Sotomayor’s withdrawal from consideration will replace the next real crisis.

Kevin Jackson is an author of four books in sales and politics, as well being the author of The Black Sphere blog. He has been published in Africa News and Hoovers. Visit Kevin at http://theblacksphere.blogspot.com or email him at [email protected]
The Black Sphere online magazine is at www.openzine.com/theblacksphere, and you can catch Kevin on The Black Sphere radio show every Thurs 9P-11P Central (times subject to change) http://blogtalkradio.com/TheBlackSphere
Facebook Twitter
Kevin JacksonMay 26, 2009
3 minutes read
Don’t Miss Out!