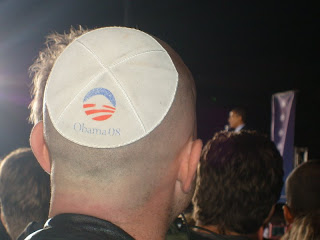 When Obama plans an overseas trip, America goes on “blue” alert. There is just no predicting what he is going to say. All you know for sure is that it will be anti-American in some way. And in his latest overseas visit, Obama has gotten in touch with his “inner Muslim.” The problem is his “inner Muslim” is no different than his outer Muslim. The difference with this this trip is that along with America, Israel got punked.

In a departure from his campaign rhethoric, Obama is finally admitting to his Muslim heritage, his time spent in Muslim countries, his Muslim faith, his knowledge of the Qur’an, and …his dominion over the Jews. Apparently America will not dictate to other countries as to how they should rule their people—unless that country is Israel.

In what Jews had to have seen coming, Obama is asking for a freeze to Jewish settlements , essentially making way for more Palestinian settlers…and Jewish tormentors. However, as this article in Jewish Journal suggests, there is no reason for Israel to panic:

“Obama has reiterated the call for a settlement freeze, but also stressed that “it’s still early in the conversation” and that “patience is needed. The president also has stressed the White House’s continuing commitment to Israel’s security, isolating Hamas and fighting to stop Iran from acquiring a nuclear weapon.”

If Obama’s commitment to Israel’s security is anything like his commitment to America security, then I say Israel is better off using Hamas or the PLO for their security.

In Obama’s defense, we are still early in the “word” stage. If necessary, Obama is prepared to deal “really harsh words” to Hamas and Iran in support of Israel. Apparently this is enough for the American Jews, because Jewish groups are not speaking out against Obama, even as he has said that Iran should be able to have nuclear energy. And why not! It’s not like Iran is for the complete annihilation of Israel, or something so heinous as that. That type of ideology would be downright crazy.

Obama continued selling hypocrisy, with a visit to Buchenwald, a site where thousands of Jews were killed at the hands of the Nazis—another group with the silly idea of eradication of the Jews. This visit might have been more believable had a day or so earlier Obama mentioned to his Muslim family…I mean audience, about their oppression of women, and their stated goal of annihilation of the Jews!

Hopefully the world is beginning to see what conservatives in America have recognized about Obama since he blasted onto the scene. That is—Obama will tell you what you want to hear. And he is bold enough to not worry about being on record. He has the uncanny ability to convince Jews that he is pro-Israel, and pro-Jew. They are in a hypnotic trance, blind followers of Obama—so much so that they are silent about Obama wanting Iran to have nuclear power.

How can a man of so many words say nothing, yet entrance the feeble-minded? There I go, answering my own question. I find more meaning in the unintelligible utterances of six-month old babies, than in anything Obama says. Yet many Jews (and other ignorant Democrats) seem to have fallen for his gibberish.

“…we must reject the false comfort that others’ suffering is not our problem, and commit ourselves to resisting those who would subjugate others to serve their own interests.”

Talk about the pot calling the kettle “half-black!” 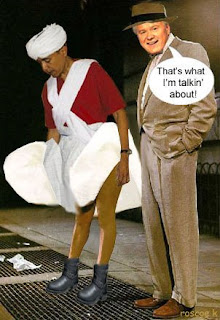 I find it incredulous that the Jews who strongly support their homeland, and who are entrepreneurial , and religious as a whole, could even consider supporting Obama. Inasmuch as ignorant white Democrats experienced “white guilt,” perhaps there is such a thing as “Muslim guilt” amongst ignorant Jews?

I am not sure what the Jews who voted for Obama were thinking. Their insanity is surpassed only by that of blacks. Not that I exonerate blacks from their ignorance of voting overwhelmingly for Obama, but at least they had African culture and hatred of “whitey” as possible excuses.

I know I am being an alarmist about Obama’s willingness to allow the Iranians to have “peaceful” nuclear energy, and wants the Palestinians to be much closer to the Israeli settlements. I do find it a bit puzzling that Obama decides to introduce the world to his inner Muslim at this time. I guess when you are running for king of the world, having 1B possible supporters will make even Obama decide to finally come out of the closet. Even if it means punking one of America’s closest allies.

Kevin Jackson is an author of four books in sales and politics, as well being the author of The Black Sphere blog. He has been published in Africa News and Hoovers. Visit Kevin at http://theblacksphere.blogspot.com or email him at [email protected]
The Black Sphere online magazine is at www.openzine.com/theblacksphere, and you can catch Kevin on The Black Sphere radio show every Thurs 9P-11P Central (times subject to change) http://blogtalkradio.com/TheBlackSphere
Facebook Twitter
Kevin JacksonJune 8, 2009
3 minutes read