Check out my fast-selling book The BIG Black Lie on Amazon. The reviews are tremendous! I appreciate the support on what I believe it the most pivotal issue in American politics. I am confident you will love my book! 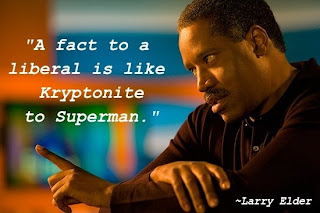 Two life-long adversaries squared off recently in the ring–Black Conservative versus Democrat Racist. In the right corner was underdog Black Chamber of Commerce President and CEO Harry Alford, and in the left corner Democrat Senator Barbara Boxer of California and defending middleweight champion of Democrat racism. The fight was over the idea that the clean energy jobs initiative was not creating jobs in CA, the belief of Alford. Pre-fight odds favored Boxer 10-1.

Round One began in what can only be described as the typical Democrat fight manual of “How to Deal with Uppity Blacks.” Boxer opened fast, attempting to bully Mr. Alford by reading what she called “important documents” into the record. The first was a document of Alford’s residency. Alford was not intimidated, and landed a stiff jab pointing out that he currently resides in Maryland, however he was born and raised in CA. Alford quipped,“…I was there when you came.”

Feeling upstaged, Boxer’s response, “You don’t know when I came…” Translated: Who are you to get all uppity with me, slave? Don’t forget your place!” But Alford did know, when Boxer came to CA, landing a nice uppercut, which forced Boxer to shake her head and mouth “that didn’t hurt.” Round One: 10-9 Alford.