Obama promises that healthcare won’t cost America anything. Apparently he plans on sending the bill to everybody earning over $1M. Those un-American overachievers!

The War on Achievement continues, and Obama—the man who has worked for nothing in his life—is hell bent on punishing those who do actually work for a living. The calculations are in, and Obama could take ALL the money from the top 2% of the population and he would come nowhere near paying for healthcare. Just like a Democrat to not let logic interfere with his reasoning.

Ultimately healthcare costs will filter down into everyday “Joe America,” yet Obama continues to campaign for this poison pill. Yes people, Obama sees this as yet another campaign. Most politicians would just chalk this up to being a stupid idea and run! That’s just not Obama’s style. He will massage the language, hit the airwaves, strong-arm in private meetings, and he does have his house pets to help: The lamestream media.

One of the most ironic and insane parts of this healthcare sledgehammer is that Obama wants to cover 12M illegal immigrants. Only in Amerika! Try getting healthcare as an illegal immigrant in all the countries where socialized medicine exists. And if for some reason you were to accomplish the impossible…try USING your new healthcare insurance.

Obama can provide all the healthcare insurance coverage he wants. Since we are living in the land of make-believe, why not cover ALL Americans … 100%? The fact remains that getting access to healthcare will be a nightmare. Check out the Pajamas Media video hosted by Steven Crowder on Canada’s healthcare system. It’s 20 minutes you won’t want to miss.

Have you ever gone to the gas station that offers $1 a gallon gas for a couple of hours? You go, and find cars are lined up for blocks. You wait only to arrive to the pump and find that they’re out of gas! At least it only cost you three gallons of gas to find out! Such is the ObamaCare’s slogan: Hurry up and wait…for nothing!

And old people and very sick people beware. ObamaCare is your death warrant. The lamestream media will tell you that Republicans and conservatives are just being alarmists, trying to scare you. Don’t believe us, just watch what Obama himself says. He says essentially that if you are too old or too sick, the Fed will offer you counseling, recommend hospice, then say good-bye in Austrian. For those who don’t speak Austrian, allow me to translate: “If you are too old or too sick on ObamaCare, bend over and kiss your butt good-bye!”

The reason Democrats helping to pimp this plan to America don’t want to “opt in” on this utopia is…they know how it will work! Or NOT work! That is why Russ Carnahan at his recent Townhall meeting refused to answer my question on the subject.

The mandated government plan would make it illegal to pursue healthcare off the system. Congressmen don’t want to be showcased on undercover videos skulking for the best healthcare. 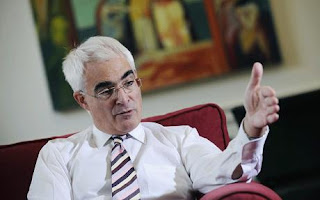 The system is good enough for us, but elitist Democrats don’t want it for themselves. The Democrats could care less about taxpaying Americans, and they have a thugocracy that shouts from the mountaintop, “We are your rulers and you will obey!”

Obama is governing “to” us, not “for” us. He is an autocrat who believes he has all the answers. His answers can be summed up by reading any Communist manifesto. The change he promised for America has Obama redefining America.

Terrorism has been downgraded to a misdemeanor and is now called man-made disaster. $3.6T of spending that creates 9.5% unemployment, 3.5M jobs lost since January, bankruptcy of the “industry that is too big to fail” [auto-industry], and a stock market that is down 40% is all defined as “stimulus!” Military men and women, and law-abiding, taxpaying citizens are now considered extremists.

As I said earlier, Obama promised that healthcare won’t cost America anything. I guess people earning over $1M are not part of America? If so, we have apparently redefined the term “illegals.” The good news for the new illegals is they will be covered under ObamaCare. The better news is these illegals will be paying their own way!