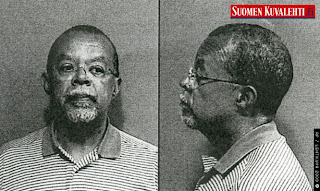 Be sure to check out my book The BIG Black Lie on Amazon. Reviews are phenomenal! Finally a political book that will make you laugh, and leave you shaking your head.

I find it hard to believe that Obama would dedicate so much time at a press conference to discuss a matter between Cambridge police and an elitist racist Democrat—this one happens to be black. I guess when your press conference on healthcare is a disaster, you look for any man-made disaster that offers deflection from your own.

Reinforcing to me that Harvard degrees make good toilet paper, Professor Gates portrayed his ignorance and in the typical Harvard arrogance that has become all too familiar to America during the Era of Brown Underwear. If I were president of Harvard or of alumni association, I would start sending out communiques that say, “Everybody just shut up!” You can only run so long on the momentum of past excellence.

Is civility on the curricula at Harvard? If it is, Gates skipped that lecture series. So when confronted at his home by an officer of the law there to protect Gates’ own property, Gates decided to exercise his right to be a pompous Harvard ass. Gates didn’t like that a lowly police officer—a white one at that—was attempting to question him in his own home, despite the fact that Gates was witnessed by neighbors “jimmying” his way in. Nothing suspicious about that!

As for the confrontation, it likely went something like this:

Cop: Sir, I’m going to need you to put your hands up. I’m responding to a possible break-in at this residence.

Elitist: This is MY house, Cracker!

Cop: Sir, I will need to see some ID.

Elitist: I’m a PROFESSOR at HARVARD and a friend of the PRESIDENT. What, you don’t think a BLACK man can own a NICE home? Did I mention HARVARD?! Why are you YELLING at me,white boy?!!

Cop: Sir, we can get this resolved quickly, if I can just see some ID, and…

Elitist: I don’t have to show you anything in my own home, whitey! I teach at Harvard. You’re trespassing. I could make one phone call, and you will be on the streets, homeless! Do you know who you are f*%king with? A Harvard professor and last remaining friend of Obama!! did i mention that i teach at harvard?!!!

And the rest as they say is history.

We all have our “cop stories,” either direct or anecdotal. The fact is, cops must be demanding in their tone, when they approach situations, especially potential home invasions! I’d like elitist to pay close attention to this next part. Cops do this, because their lives are on the line!! Unlike elitists, cops take no pleasure in harassment for shiggles.

If stupid liberals would pass laws that kept the really bad guys in jail, then cops might be able to relax a bit. Until then however, cops treat every situation from the perspective of the “least common denominator”—as if they are approaching the worst kind of criminals, for example liberals! Cops want to go home to their families after performing their jobs, just like the rest of us. So in most cases, if you are cordial, and the cop senses that it’s an honest mistake, they respond in kind. If you’re a Harvard prick, they have a response for that too.

If you want to push a guy with a legal right to carry a gun and who can find a law that applies to shooting you, well that’s your business. I consider my really slow movements and overly nice behavior toward cops as me being smart, and not that I’m the new prison punk. Consider this my survival tip to you.

As for Obama’s comments, they may not be racist, but they are certainly elitist. “I don’t know all the facts, but I side with my Bro.” This sounds suspiciously close to how Obama legislates—without the facts!

In the Era of Brown Underwear a cop doing his job by the book is accused of racism and essentially called stupid by the president. All this because a liberal Harvard elitist breaking into his home didn’t want to kowtow to a lowly cop who was there to…protect the liberal elitist’s home!

But the good news is that were able to uncover another racist, elitist friend of Obama. Anybody willing to wager if there is enough room under the bus for Gates?

Right Report
How Leftists CRIPPLE the Next Generation
The Black Sphere

The Frightening Story Of The Village Of Portlock Alaska…Was A Killer Sasquatch Responsible ?
Great American Outdoors
SCOTUS Saves Leftist Women from Themselves
The Black Sphere