Senate hearings have begun on Obama’s nomination of John Brennan to head the CIA. The droning in the senate was interrupted by drones protesting Brennan’s nomination. I know that these ‘drones’ don’t go by the name drone: the group is called Code Pink, a women’s organization dedicated to wearing pink and protesting war.   They are virulently opposed to war for any reason, and are nearly apoplectic about drone warfare. Hence, the interruption of the Senate Drones as they…er, droned.

As droning goes, it’s hard to beat a senate hearing. And although most don’t get nearly enough press (mostly because the Senate Drones put other Senate drones to sleep), there have been some memorable moments in Senate Drone History.

Hillary Clinton recently became exasperated during a Senate hearing at being questioned about Benghazi and why our people were brutally tortured and murdered.  “What difference, at this point, does it make?”, she spouted.  I’d say she droned, but it was more sputtering and whining.  Her response reminded me of the way my children try to get out of things by whining, stomping their feet and saying, IT’S NOT FAIR!

No, Ms. Clinton, it’s not fair that our embassy was left under-guarded and good men died at the hands of terrorists. 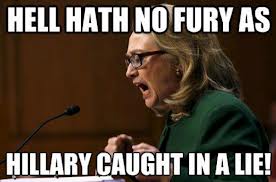 It is entirely fair that someone be made to answer for why you failed to protect those that depended on you for their lives. And then to practically froth at the mouth because you were asked about your job added insult to grave injury. It matters very much, Madam Drone..er, Clinton.

If we must go to war, and sometimes we must, would you rather your flesh and blood son or daughter risk life and limb out on the front lines, or would you prefer a drone?  I’m a mother with three daughters and one son.  My answer, as yours is I’m sure–send the drone.  Technology is an amazing, miraculous and life saving wonder.  If it’s a call between an American soldier and a drone?  The drone wins every time. Operated by soldiers who were raised on video games, these unmanned aircraft are a lethal weapon in the war on terror. Our sons and our daughters need never put boots on the ground in order to take out a terrorist threat.

I understand there is a great deal of concern amongst the American citizenry regarding drone warfare. Those who are opposed to war for any reason, will always protest, will always drone on about it. And I agree–war is a horrible, awful, no good thing. I wish with all my heart that war was not a necessary evil, but a necessary evil it is. What would have happened if an earlier Code Pink protested about our nation going to war against Hitler and Japan? In both instances, superior technology in warfare won the day. Why would anyone deny our nation the use of superior technology in a war?

There will always be mistakes, missteps and yes, collateral damage in war. Drones are generally effective and hit their targets with pinpoint accuracy. If they get shot down, there’s not a little drone mom and dad at home mourning their loss. The same cannot be said about our brave men and women serving in a war zone.

A few things were learned during the droning about drones during this senate hearing. John Brennan said that the use of drones to target and kill American citizens abroad, who are considered to be high level Al Queda leaders, or high up in one of Al Queda’s affiliate terrorist organizations, is always a very measured decision. It is not done lightly and it’s done with the desire to ensure there is no collateral damage or injuries when a drone strikes a target.