She’s like Congress and Obama, only with a lot fewer resources at her disposal. And despite her continued pleading, I refuse to raise our debt ceiling for her to purchase new make-up or Seventeen. Or tickets to a concert that she has already seen.

“Mom? I found tickets for Carrie Underwood and Hunter Hayes!”

“Oh really. Didn’t you just see them both in October for your birthday?”

Scrunching up her face to show how distasteful my question is, she responded with the kind of exasperation that only a teenager can summon when speaking to a parent who just doesn’t get it.

“Well, YEAH, but puhleeeeeeeeese? They’re playing in Spokane this month and I REALLY REALLY want to go! Plus, it’s not that far and we could have a mommy-daughter weekend!”

Yeah, but mom. Why can’t I have everything I want? It’s a five hour drive there and a five hour drive back. That’s not a long time. Then we’d get to stay in a hotel AND eat out the WHOLE time! MOOOOOOOOOOM indeed.

She’s fourteen years old and even at that tender age I expect her to have a bit more sensitivity and maturity when it comes to financial matters. She knows her daddy fell off a ladder in August and has undergone three surgeries so far. She knows my hours have been cut at work. She knows all of this, but she doesn’t know. Which means she gets it but really doesn’t care. She wants what she wants, and what she doesn’t want is to have to cut any of her First World trappings for any reason whatsoever. I cut her some slack, but not much. 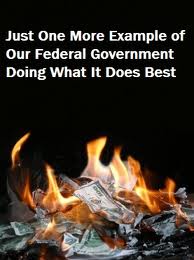 Elected officials in the nation’s capital,  get no such slack-cutting from me. If I ran my household the way they run this country, we’d be living in a cardboard box under the freeway overpass.  Scratch that, we wouldn’t be able to afford the cardboard box. When you are in debt, the prudent thing is to not go further into debt.

You do what most families do; you turn off your cable, shut off your cell phones, limit your spending and create a plan to get out of debt. Some may call this a BUDGET. GASP. You know, the thing that hasn’t been passed in years by our elected officials? When families mess up like that, we don’t get paid. When congress messes up like that, they get raises.

Pass a balanced budget, oh my elected employees. Tick Tock, Tick Tock. Stop raising the debt ceiling and putting us billions more in debt. Even my fourteen year old daughter, although unhappy with the answer she received when she wanted to spend money we didn’t have, gets it!.

So there will be no driving five hours to see a concert that has already been seen. However, you can be sure more money will be spent from Washington, DC than is in our coffers. Carrie Underwood’s concert is called Blown Away, which is appropriate, as that is how we feel about our nation’s elected officials and their inability to to live within our means.

We are all blown away.