Whoa!  See the link below to read about how the  Feds are sending letters to some American military veterans warning that their competency to handle their own affairs is under review.  How does a wounded or disabled vet provide protection and security for his family if he or she is not able to own a weapon? Isn’t a disabled veteran protected by the Second Amendment? Do they lose their rights because they sacrificed for our country?

Veterans have been trained in the use of automatic and semiautomatic weapons, along with other military tactics. In the event that the government institutes martial law on civilians, and uses the military to enforce the law (if there ARE any military who would obey his orders), the people who would give the ObeyMe administration the most trouble would be military veterans. In addition to weapons experience and expertise, military veterans also know military tactics, and can resist military control much better than ordinary folk. This is, no doubt, the reasoning behind the weapons bans, and the restriction of veterans to own military style weapons.  One only has to remember the most recent events played out on national TV where Christopher Dorner, just a lone former Navy lieutenant and ex-cop, gave THE ENTIRE Southern California law enforcement community fits and angst for a few weeks.  That one lone former soldier killed and wounded several officers and had law enforcement so shook up, distressed and discombobulated that they were shooting civilians who they thought was this guy.

It looks more and more, like the government is anticipating trouble—of its own making—doesn’t it?  They will fail. 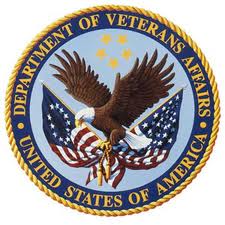