I want to tell you the story of two men in the public eye; one an athlete, one a politician. One has fallen from grace because the truth has come out, the other has yet to come clean on several fronts, but the truth will out. 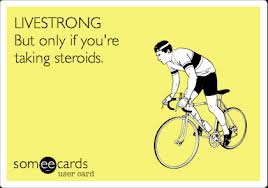 Unless you’ve been living in a cave, you know that Lance Armstrong lied and cheated his way to fame and notoriety. Athletes that competed against him, in good faith and with clean blood, failed to win because Mr. Armstrong thought he was better than everyone else, that the rules didn’t apply to him and he was so special he could get away with it. Those who supplied him with steroids are as guilty as Lance. They helped perpetrate fraud that went on and on and on…

Although there were accusations leveled at him for many years, nothing ever stuck to him because he continued to lie, straight faced and with incredible fake sincerity. His inner circle, and you know there was one, reinforced Armstrong’s self aggrandizement. He shouldn’t have won so many races, but he did because he was taking steroids to enhance his performance…and his inner circle was hiding the truth. He won accolades, became the spokesperson for large corporations, made tons of money, and all because he was doped.

Now let’s talk about Obama. A political organizer from Chicago, with no record to speak of, who won’t share his college records with the people, who is continually fed political steroids by his inner circle, and fudged the numbers on national reports in order for him to be elected for a second term as POTUS.

An irony that seemed to be completely lost on people voting for O, simply because he was black.

To add insult to injury, Barry (the name he went by in college) has an inner circle that has been supplying him with political steroids for the entire time he’s been in the White House—and earlier in his political career. Obama has been doped. Not that it has improved his performance, it has simply allowed him to put our once powerful nation further on the path to socialism and further into debt.

He feels he can do no wrong. 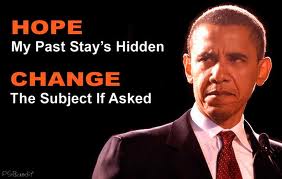 Having an inner circle that tells you you can do no wrong, that the rules that apply to others do not apply to you, does a disservice to athletes and politicians alike. This kind of thinking affects millions of people—from fans who wanted to ‘Live Strong’ and to citizens who wanted ‘Hope and Change’. Now the Live Strong brand has turned into a fraud, and the hope and change President has brought us neither. Stop doping, Mr. President. Come clean. Show us your records, turn away from your desire to rewrite the Constitution into a Socialist manifesto.

You are not better than everyone else—you work for us. Stop the political steroids.