Note the ‘coincidence’ of payroll tax increases that took effect in January and the worst start to a month of sales in seven years for Wal-Mart.  The low information voters–Obama’s biggest fans–were affected by the tax increases the most (as they always are).  And, they are not only the target shoppers at Wal-Mart, but the target employee of Wal-Mart as well.  Now, imagine if the libtards get their wish to raise the minimum wage.   Those same low information voters will cheer … at first … and then … it’ll dawn on them that they have nothing to cheer about as they find themselves on the unemployment line when Wal-Mart (and other low information voter employers) starts laying them off. 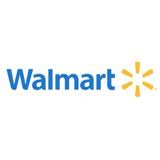