Well, here we go again.   Another one from the ‘you can’t make this sh*t up department.’

Too bad this gal didn’t live in New York.  If she had, she would have been forced by Blooming-idiot-berg to drink out of a 16 oz. cup, and doling out 2.2 gallons a day of soda into 16 oz. cups might have kept her alive …  like a whole ‘nother five minutes.

And the typical knee-jerk reaction from the bureaucratic coroner?—“The incident should serve as an impetus for Coca-Cola to include warning labels on all of their drinks!”  Who needs a damn warning label to remind them not to drink 2 gallons of junk every day?

Hey, I know … how ’bout it be mandated that all pianos be labeled so that stupid people will not stand under them when they are being hoisted.

Or maybe we should label stoves and washing machines in order to prevent stupid people from climbing on top or inside of them while in use.

Or labeling plastic bags to warn stupid people not to put them over their heads.

Or labels on toilets to remind stupid people to FLUSH their sh*t and not EAT it.

On the other hand, it’s probably best to take ALL warning labels off EVERYTHING.  That way, after one or two generations all the stupid people will be extinct.  Problem solved. 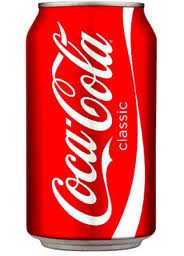