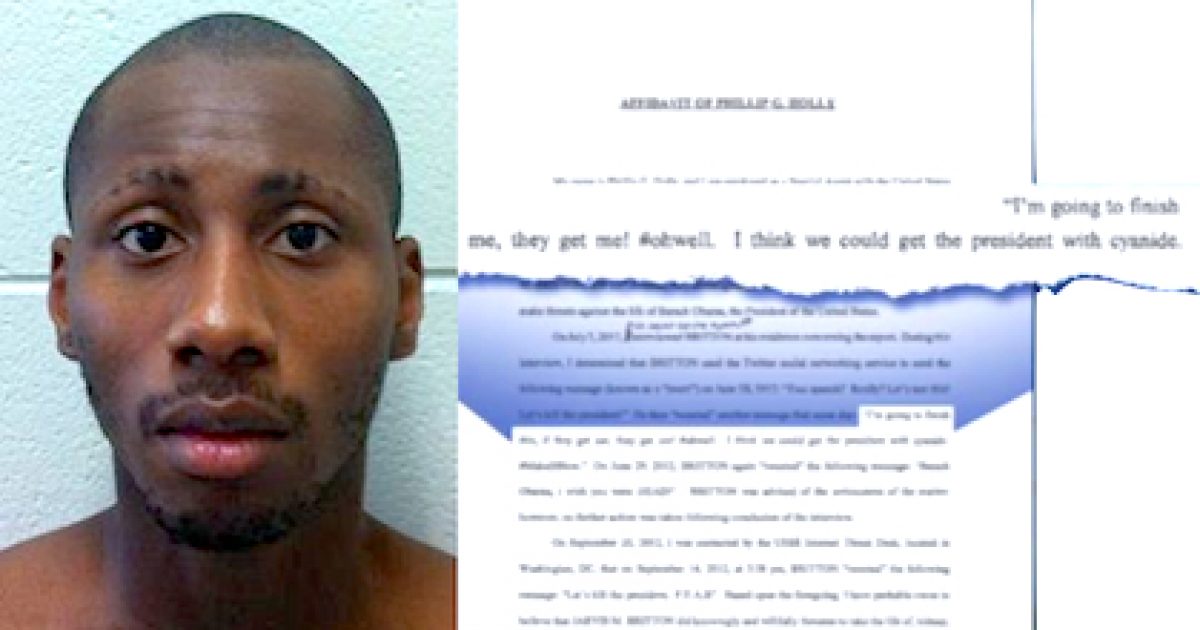 According to US Code 18 Section 871, it is a Class D Felony to threaten the president of the United States.

Last June a secret service agent received an anonymous call reporting that Britton had used his computer to threaten the president. The 25 year old Birmingham man was been charged and arrested for a tweeting, “Barack Obama, I wish you were DEAD!” 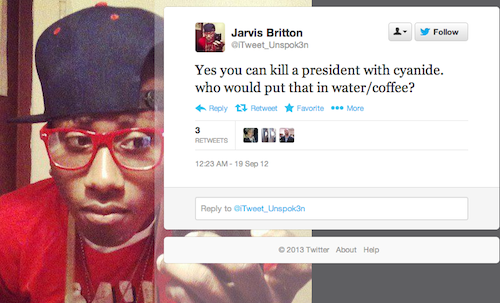 Jarvis Britton pleaded guilty today of using a social network to threaten the life of President Obama. The sentencing of Mr. Britton is scheduled for June, and the penalties of a class D felony under the US Code is “…punishable by five to ten years in prison, a $250,000 maximum fine, a $100 special assessment, and 3 years of supervised release. Internet restrictions such as a prohibition on access to email have been imposed on offenders who made their threats by computer. ”

Welcome to a new era: New Media can do great things, but like any other medium, can be used for evil by those with evil intent in their hearts. As with guns, it’s not the New Media, which is merely a tool, it’s the human being with bad motives in his heart that should be constrained and punished.