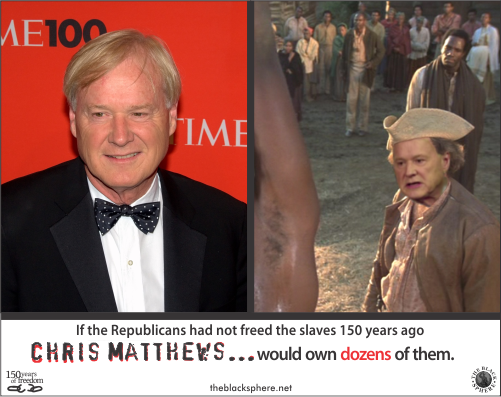 Chris Matthews prides himself on helping the “lowly Negro,” and this is because he has guilt for his inner feelings that he is better than black people. The idea that Chris Matthews or [insert stupid guilty white Liberal here] would feel like, without them, black people would not have a chance is flatly racist.

So in celebration of 150 years since the Republican Party freed the slaves, my team explains graphically (and with some text) what Chris Matthews would be doing had Emancipation Proclamation NOT occurred.