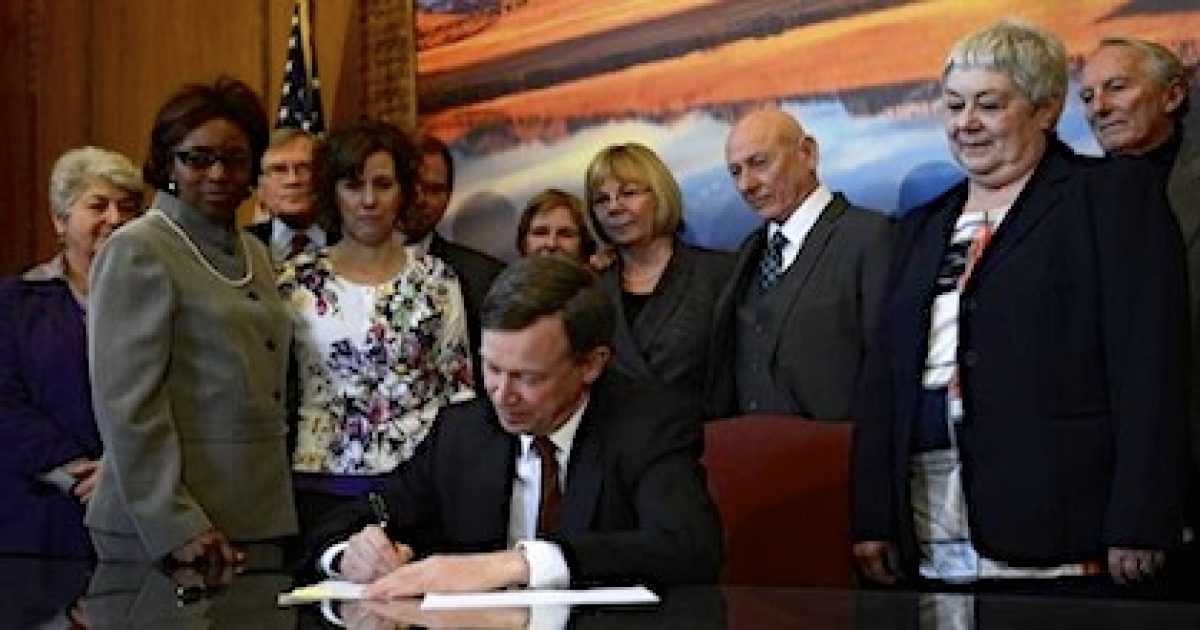 In the aftermath of Colorado’s Governor signing 3 new gun-control laws, gun-rights advocates responded this week with the launch of recall efforts against 4 Democratic state legislators and possibly Gov. John Hickenlooper.

The 3 bills limit magazines to 15 rounds, require universal background checks, and force the gun purchasers to pay for said checks.

Recall efforts are aimed at Senate President John Morse, state Rep. Mike McLachlan, state Sen. Evie Hudak and state Rep. Rhonda Fields (who sponsored the magazine limit bill)–all of whom were front and center pushing the gun-grabbing laws. There is also talk of adding the Governor to recall effort.

Kevin Jackson - November 29, 2021
I grew up in the martial arts, and studied Tae Kwon Do initially. I migrated on to other martial arts disciplines, but always respected...