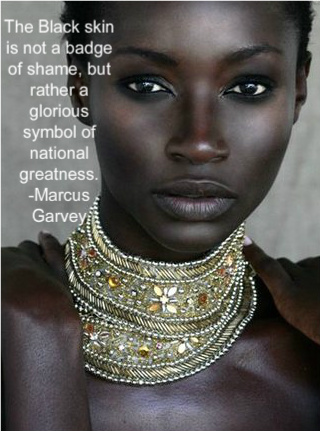 I often ask myself, what happened to black pride?

There was a time when black people didn’t settle for failures like Obama or the Congressional Black Caucus. Blacks as a whole expected more from blacks who were blessed with the opportunity for greatness.

Whether it was sports, entertainment, or politics, blacks who were set up for something transcendental carried the expectation of the entire black race on their shoulders. Much was riding on his or her success, regardless of the role.

Each time the baton was passed, the next black understood his or her obligation to represent, to show the world that the black man had a positive contribution to make, and would not squander it. We were programmed to be among the best, and expected to be better than whites in terms of our humanity.

Blacks had known the shackles of slavery; thus we would work to see that no one was ever enslaved.  We had witnessed the lack of civil rights at the hands of Democrats first-hand, so we would fight for the civil rights of all.  Because of our struggles, blacks had a unique perspective passed on generation to generation as something that could unite us.  Black knew something whites in America would never truly know — the ability to rise above it all. That was our Affirmative Action.

Yet in a few short decades, the Democrats managed to destroy that sense of pride in accomplishment in black America, trading it for pride in just being black, the real pride of our glorious heritage stolen.

Liberal black “leaders” are the perpetrators of the theft.  They victimize other blacks and the rest of the country in order to gain in stature, nevertheless black Liberals want these circus clowns as their spokesmen. These frauds have convinced the black people they supposedly represent that a person is evil for simply having been born with slightly different DNA that makes them white.

When does truth trump color for black people?

Our forefathers would be embarrassed at the outcome of the black community, and the fact that by now we have not overcome being the “black race” and risen to the level of the “human race.” Our forefathers pictured an America where faith in God, family, love of country, education and work-ethic were the core of what represented the black community. They expected by now that black people would represent the greatness of America, a country that despite its problems offered those once deemed lowest the ability to rise to the top.

Instead of celebrating America’s first recognized black president and all the strides black people have made however, there are those in the black community who want to make sure that black pride remains a thing of the past. Black demagogues want America’s first recognized black president to reset the clock on civil rights and oppress white people who had nothing to do with the past oppression of black people by Democrats.

I put no race above another. I believe in the human race above all things, as I believe God made man’s essence in his own image, not his color. Color is merely a geographical trait and has no bearing on one’s character. It’s time black people concede to a higher calling, transcend race, and find the pride in having been a significant part in the building of the greatest country the world has ever known.

The only affirmative action is to get rid of Affirmative Action.