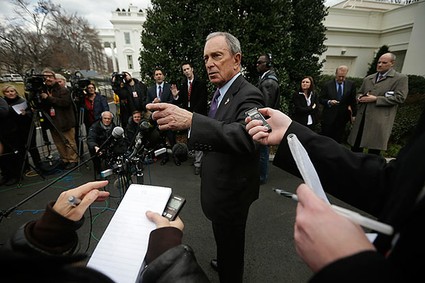 Schiliro, 38, allegedly ordered a local police officer to bring a 20-year-old male friend to his home, where the mayor plied him with alcohol, and made sexual advances which the man refused. Schiliro allegedly brandished several handguns and fired one of them into the floor in an apparent attempt to intimidate the young man, who reportedly was in fear of his life. I guess this 20-year old male “friend” didn’t realize the mayor’s home was not a “safe zone.” Holy Joe Biden, why didn’t the kid just fire a shot gun or do what the CO legislator recommended, which is “just TAKE IT!”

Schiliro faces charges of official oppression, reckless endangerment, unlawful restraint, false imprisonment, and furnishing a minor with alcohol. He surrendered to authorities on Thursday morning, and his attorney declared that “we intend to fight these charges.” Hopefully without a GUN!

The mayor was freed on $50,000 bail and told to stay away from the alleged victim and give up his stash of firearms.

It is said that Schiliro is a Republican, but I don’t believe it. He has refused requests by town officials to step down, and he intends to continue to run in the May 21 contested mayoral primary. Mayors Against Illegal Guns reportedly dropped him  immediately from the list of coalition supporters when this news emerged, however, and he no longer appears on the website of the organization of approximately 800 mayors, mostly Democrats, which is led by NYC Mayor Bloomberg. Looks like Bloomberg’s group may have lost its token?

Schiliro isn’t the only member of Mayors Against Illegal Guns who has run into trouble with the law. For example, Craig Lowe, the Democrat major of Gainesville, Florida, who appears in a gun-control commercial with Mayor Bloomberg, was recently arrested for DUI at the scene of a crash when the Highway Patrol found him asleep behind the wheel of his car. Other elected officials in the group have allegedly been been charged with corruption, assaulting a police officer, and child sex crimes. You gotta love those Democrats!