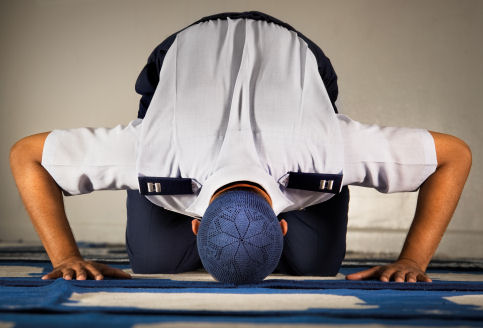 As if things are “sensitive” enough in the new military, Obama is now giving awards for Koran Sensitivity, the Bronze Star. There is a bit of a correction to this story from when it was posted, but for the most part the story is still accurate.

Are there awards for Bible sensitivity? Are there awards for Torah sensitivity? No, in the Era of Brown Underwear and Half-Black Most Likely Muslim President we must respect ONE cult over actual religions. But no, we haven’t been infiltrated by Muslims, whose stated goal is to convert all the infidels. Lucky for us, we won’t have to lose our heads over it, because Liberals are just serving us up. If a Muslim shoots a group of soldiers on an army base, well that workplace violence, not JIHAD! The former definition is more “sensitive.” To call that particular incident what it is, well let’s just say that won’t get you an award.

The controversy over this story is that the Air Force chaplain who is indeed in consideration for the Bronze Star but it was not JUST for the powerpoint presentation on the Koran. The honor is also because for his other duties. Receiving the award is not the issue here. The fact that they would include the Koran in this discussion is. Who cares that he gave a great presentation on the Koran? Why are we showing more deference to a cult than we do to the religions upon which our nation was founded. What next, awards for giving great presentations on being GAY?