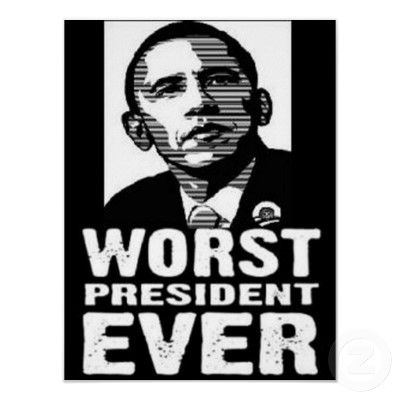 Why don’t we call bad news for the economy under Barack Obama what it really is…OLDS! It’s certainly not news.

According to the Congressional Budget Office the U.S. economy will never achieve full employment during the eight years Barack Obama serves as president. Really? I wonder how much it cost to tell us what we already know.

And for those who are tracking “firsts” for America’s first black president, this “olds” would make Obama the only American president during the post-World War II era who never presided over a year in which the U.S. economy offered full employment to the American people. “Full employment” is defined by the CBO to be when the national unemployment rate is at or below what it calls the “natural unemployment rate.”

What’s interesting about the “natural unemployment rate” is it includes unemployment caused by mismatches of the skills of available workers and the skills necessary to fill vacant positions. In other words, people are too stupid during the Era of Obama to even qualify for the good paying jobs. So the jobs that are available are menial, averaging about $9 an hour. It’s no wonder Obama wants to raise the racist policy of minimum wage, so he can force employers to help his stats.

The unemployment rate has been affected because of Obama socialist policies where he has bet on government and unions, which has become one and the same. It will be interesting to see how the media decides to spin this. Moreover, youth and minorities will have some reckoning to do with their decision to support the worst president in history, certainly economically.