A poster on Twitter, upon seeing what he thought were very similar posts referencing MSNBC host Rachel Maddow’s show, did some searching and found out that Maddow has been using phony twitter accounts to boost her “mentions” on the popular website.

As can be seen by screenshots collected by a tweeter named @LeftyBollocks, Maddow has massive amount of accounts posting the exact same claim that “Confession: I yell at my TV while watching Rachel #Maddow talk about filibuster reform in the same way most people do during football.” 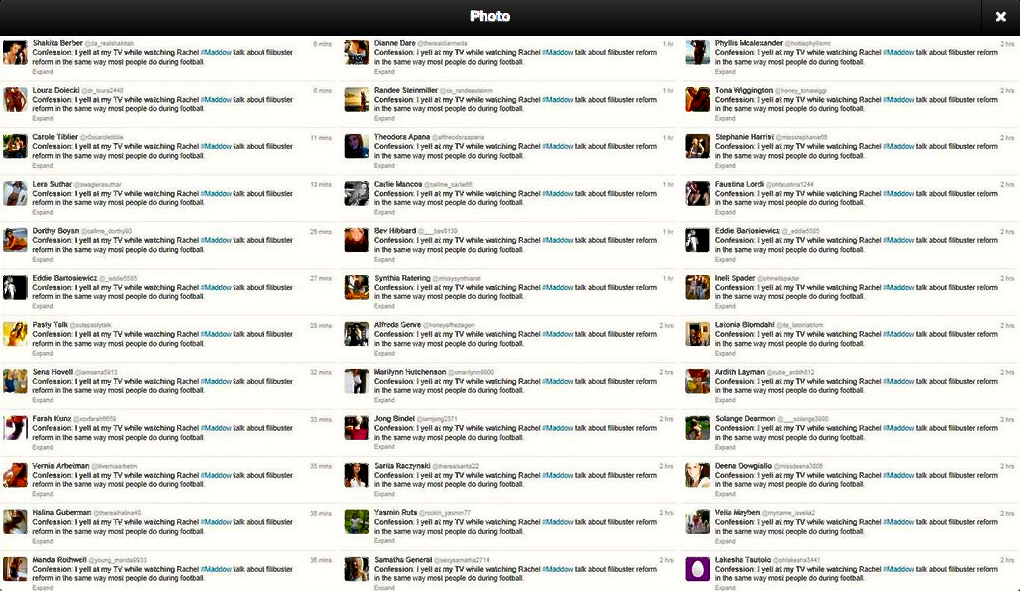