Contrary to what the angry and petulant Obama claimed after his gun-control measures were shot down in the Senate, most Americans believe having a gun in the home makes the home a safer place.

President Obama and Veep Biden have been asserting that 90% of US citizens want stricter gun control laws, however, an ABC Poll proves quite the opposite to be true. Since 2000, the public opinion has dramatically reversed itself. And if gun owners are questioned, the positive response is 75%.

Based on these latest findings, it’s evident more Americans want more guns in homes for protection.  And perhaps a sign out front declaring the house a gun-filled rather than gun-free zone?

Sounds like an idea the founders would heartily approve! 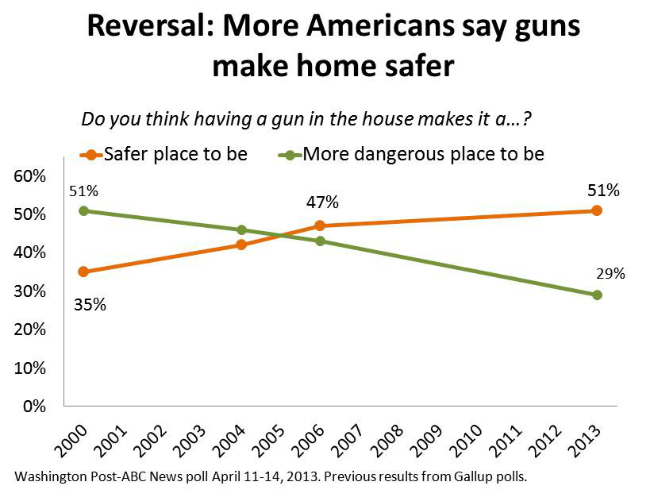