I was invited by The Hannity Show to participate on a panel discussion of black Conservatives.

The show airs tonight, and I predict the show will be one of Hannity’s best. I did a similar show with Beck, when he was on Fox News, and that certainly launched Beck’s career! {chuckle}

I wasn’t aware the Dr. Ben Carson would be there. Having just seen him at CPAC where he was under “lock and key,” it was good to actually get to spend non-stalking time with him. 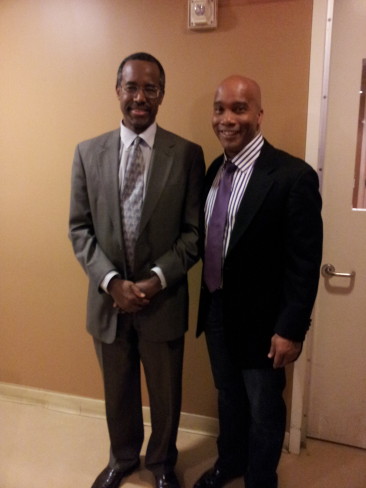 I wanted people to know what goes on behind the scenes at events like this, while simultaneously answering questions that other people are too afraid to tackle. Like this burning question:

Here is the entire panel, and as you can see this is a good looking group of black Conservatives, from all walks of life. There was a young woman there who is a Lesbian, and another student who is working on her PhD in Sociology.