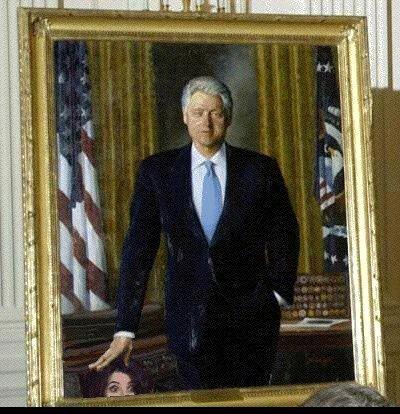 Despite efforts from the Left to canonize Bill Clinton, he will forever be yet another racist Democrat scoundrel who crawled his way into the White House. Each time somebody lampoons him, I chuckle. Because the Left loves their scoundrels. They also love what they believe are their “powers of redemption,” which is why the very worthless Hillary Clinton has a decent chance of being the first woman president.

Hold on to your male genitalia Liberal ladies, but the woman who built a career on the coattails of her philandering husband might be ruining…correction, running the country. How sad is that!

How will history really remember the Clintons? Will they be a couple of Arkansas Hillbillies (my apologies to both Arkansas and Hillbillies) who stunk up the white house…literally. Will Hillary Clinton be remembered as a woman so obsessed with power, she would allow for pubic…excuse me, public humiliation by her debonair husband?

I guess it depends on who writes the story…