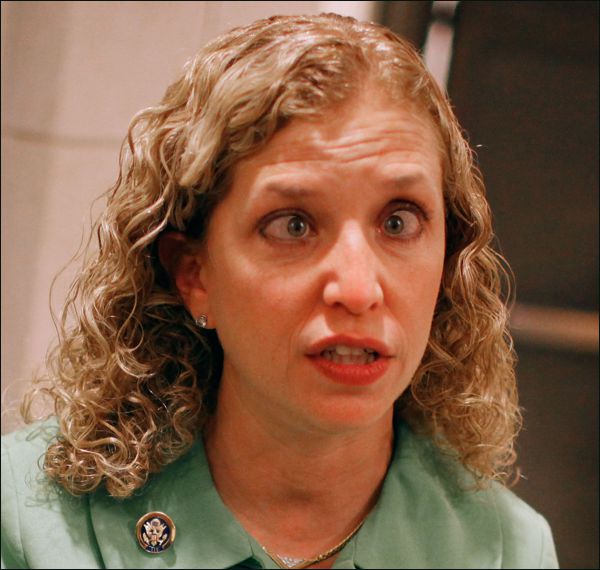 Not only is Obama bankrupting America, he’s bankrupting the DNC. According to Democratic National Committee (DNC) Chair Debbie Wasserman Schultz (D-Fla.), Democrats are “in the red” because they spent more than “everything we had” to get Barack Obama and others elected last November. To fraudulently re-elect Barack Obama took all they had and then some more.

So in an e-mail to supporters, the DNC chair says:

“We spent everything we had to spend in 2012 to win the White House, add seats in the Senate, and pick up seats in the House — our job was to do everything we could to elect President Obama and other Democrats across the country.”

“We spent every last penny” – and more – Wasserman Schultz says:

“The cardinal sin in campaigns is to sit on money — which is why we spent every last penny we had in 2012 (and then some) to make sure the election went our way.”

As a result, she says “Democrats are in the White House – but we are also in the red.”

The consequences of not indulging in deficit spending would’ve been the election of people like Mitt Romney, Paul Ryan, and Todd Akin, she warns:

“If we had done things differently in 2012, we’d be looking at President Mitt Romney, Vice President Paul Ryan, Senator Todd Akin, and Rep. Allen West. But because we left it all out on the field, we’ve got President Obama, Vice President Biden, Senator Elizabeth Warren, Rep. Patrick Murphy, Sen. Claire McCaskill, and dozens of amazing Democrats in office across the country.”

In short, the DNC knows the game. Get your people scared EARLY, and start collecting. Just look at the list of losers they list as “wins,” and that should scare you enough to get in the game. Wasserman-Schultz even gets in a point for “deficit spending,” because for Democrats, the ends justifies the means. But know that they may spend THEIR CONSTITUENTS’ money without restraint, they certainly won’t do that in their personal lives.