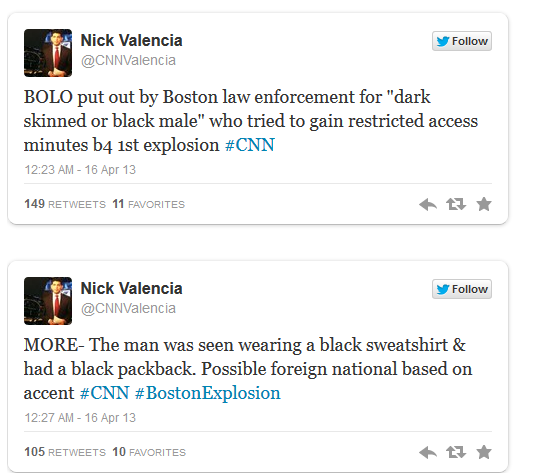 The media is tiptoeing around the Boston Marathon bombings, but I will go out on a limb and say what most people are thinking–and rightfully so: America was again attacked again by Muslims.

While the Left are out there trying to take guns from taxpaying, patriotic, America-loving Conservatives, jihadists have yet again planned and executed a terrorist act on American soil under the unwatchful eye of the fools whose only real job is to protect us. How much money have we spent on Homeland Security? I’d be curious what the “threat level” was in Boston, given that 25,000 runners were assembling as over 100,000 spectators watched the race.

How will Obama plan on spinning this? No AR-15’s involved. And unless some white stooge is being hypnotized to become the patsy, Oswald, you can bet when it’s all said and done, this tragedy will be yet another slap in the face of America by the other brown people…Muslims.

Perhaps Obama will chalk this up to more “workplace violence?” Because this Muslim didn’t used a AR-15, the Left will likely applaud his restraint.