Joe Biden and the Left (some recently in Colorado) have been spouting ridiculous tips to repel attackers–fire your double-gauge in the air, wet your pants, tell the perp it’s “that time of month.”

All of these bizarre and inane suggestions are made to avoid the one method of self-defense that actually works: concealed carry hand guns aimed, and if need be, fired to stop agressors.

Sunday night, March 31st, at 10:21 PM Pacific in Oregon City, Oregon, a 22 year old woman was attacked after having parked her car near the intersection of 8th St and JQ Adams St.

The male assailant approached the victim from behind, grabbed her ponytail, and drug her backwards until the young woman was able to grip her legally-owned, conceal carry handgun and turn it on the man, who fled on foot. 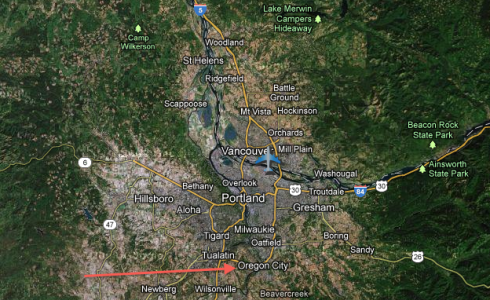 Several Oregon City Police and a Gladstone K-9 searched the area for the perp, with no success.

The Oregon City Police Department is requesting help in locating the suspect: a white male, in his late 20s, about 5-foot-8 with a slender build. He has medium-length hair down to his chin and no facial hair. At the time of the attack he was wearing a brown-colored, zip-up style jacket or hoodie with dark-colored pants.

If anyone has in any information they are asked to call the Oregon City Police Tip Line at 503-496-1616.

The Colorado Dems can use the Lefty-approved, non-weapon method to rid themselves of attackers. As for me and my pals, we’re packing heat.