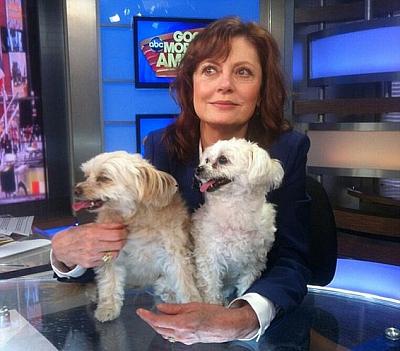 When Susan Sarandon is not helping dogs, she helps those Liberals consider a lower form of humanity…people of color.

In her most recent philanthropic effort, Susan Sarandon has declared that the war on drugs is RACIST…correction, “completely racist.” And as with all useless Hollyweirdos, Sarandon showcases her superiority over “people of color” by explaining that people of color are locked up the most.

“The war on drugs is ridiculous, because you’re only getting—you’re spending a huge amount of money. It’s completely racist. You’re picking up everybody at the lower level because mandatory minimum drug laws let you trade in to get off, so if you don’t have anyone to trade in, if you’re at the bottom, you’re going to jail,” she said.

“If you’re up at the top, you just trade in somebody and then you get off, so the people at the bottom are the ones that are filling up our jails, mostly people of color. And you’re wasting taxpayers’ money, and you’re allowing drug cartels to make money,” she added.

It’s good to be on top, helping those on the bottom.  Does this crazy chick even know that it was not one, but TWO black guys who were arming the drug cartels?

What’s funny about this hypocrisy is that it’s Sarandon’s FRIENDS, i.e. other Hollyweirdos who condone drug use. Consider the amount of cocaine and heroin and recreational drugs used by actors, compounded by Hollyweird’s glorification of drug use, and it’s easy to see how a stupid Liberal like Sarandon would not see the irony.

Sarandon can’t find a better cause in which to help blacks like…promoting family?

This is what happens if you give up your guns: Australia announces TWO YEARS in prison for violating covid rules
DC Clothesline