Word spread like wildfire Saturday that Matthew Warren, the 27 year old son of Pastor Rick Warren and Kay, had taken his life.

Twitter was trending with calls for prayer for the Warren family as people from around the nation were stunned and saddened at the tragic loss of life.

However, as the prayers were lifted for a grieving mom and dad, a flood of vitriol from the activist atheist and homosexual community washed over Twitter and the internet. See the examples below: 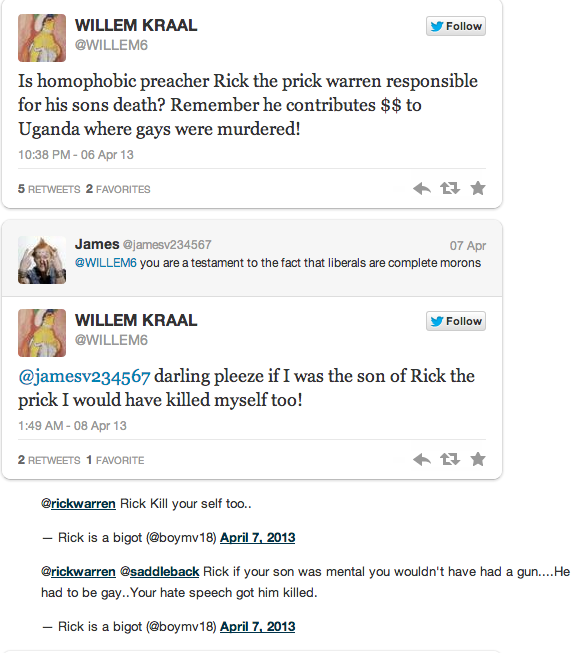 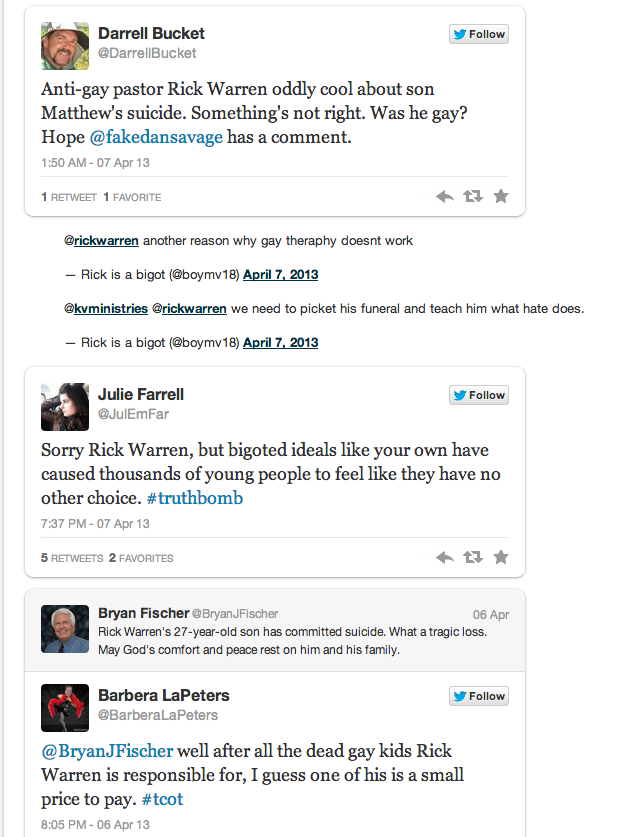 It’s incomprehensible that anyone would spew such hateful comments at a time when Pastor and Mrs. Warren are most likely reeling from the greatest loss a parent can suffer. The conveyors of such vitriol seem to have forgotten their theme song of “tolerance”. Quite an illustration of the reality of the Left’s definition of the word: only those of identical worldview are worthy of any tolerance.