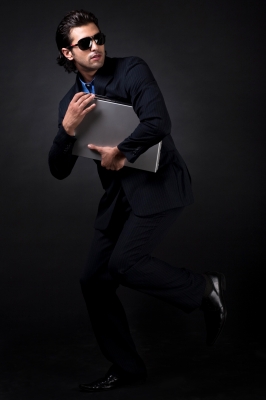 If the Left gets their way, you won’t know the criminals from the victims. I decided to twist one of their stories to prove my point.

One afternoon, back in May 2009, a Princeton University student returned to her dorm room after showering and discovered a man about to take off with some $2,700 worth of her possessions — an iPod, a laptop computer and some jewelry. She chased the “undocumented student” from her room to his car parked along University Place, where she opened the passenger door of his car and yelled at him to give back her laptop, according to a Princeton Borough police report.

Why the police report, when no crime has been committed? The undocumented student was merely doing some undocumented acquiring, I suggest.

This woman is obviously a person of means, or she certainly has access to the money to obtain the creature comforts. The “undocumented student” decided to relieve her of a few items, which has been sanctioned under the Obama Poor People’s Protection Act, which requires those who have much should give to those who have little.

It’s funny how Liberalism works when it is being practiced on somebody else.