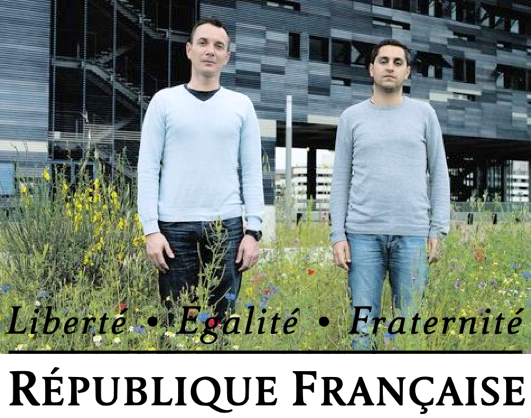 Generally speaking, Liberals in America want to import all that is European.

But when it comes to gay “marriage,” it appears that the tolerant Europeans are importing from America. Well, at least France is.

France is about to “marry” its first gay couple, and the Montpelier is on high alert.

Because tens of thousands of protesters were against gay marriage, the Liberal country of France assumes that these same protesters will storm the church. As is the case with Liberals, they believe that something will happen, when the majority of people oppose some stupid new rule, because that’s how they, the liberals, would react. Except this is not any stupid new rule.

I’m sure the history-making French couple will be “married” without a hitch. And that will be their claim to fame. Don’t be surprised if they eventually “divorce” and find opposite sex mates, the whole thing being a ruse to “make history.”

The funny thing about all this gaiety around the world is it’s so “been there done that.”

I’d like to see if the first gay MUSLIM couple could get “married.” THAT I would find impressive.