It would seem reality has finally, at long last, over-ridden the default setting for government workers “Big Government-loving” worldview.

As shown in the latest issue of Governing:

State and local government officials increasingly disapprove of president Obama and fear the country is headed in the wrong direction, according to a new Governing Index survey.

The vast majority of officials surveyed, 62 percent, say the country is on the wrong track, up from 49 percent last year.

Results of the Governing Index survey mirror national polls, which indicated an improving national outlook late last year that has since weakened. Thirty-one percent of officials Governing recently surveyed reported the country is moving in the right direction, compared to 32 percent in a Pew Research poll and 30 percent in a Rasmussen poll of citizens earlier this month.

Similarly, support for president Obama among state and local officials has also eroded. The president’s approval rating has fallen from 54 percent last summer to 47 percent, while 41 percent of officials now disapprove of his job performance.

Obama had enjoyed fairly strong support among public officials before the election, but his approval rating has since slipped 7 percent from a Governing Index survey conducted last summer. By contrast, citizens’ views of the president haven’t changed much as most national polls show his approval rating fluctuated little or even increased slightly over the same time period. 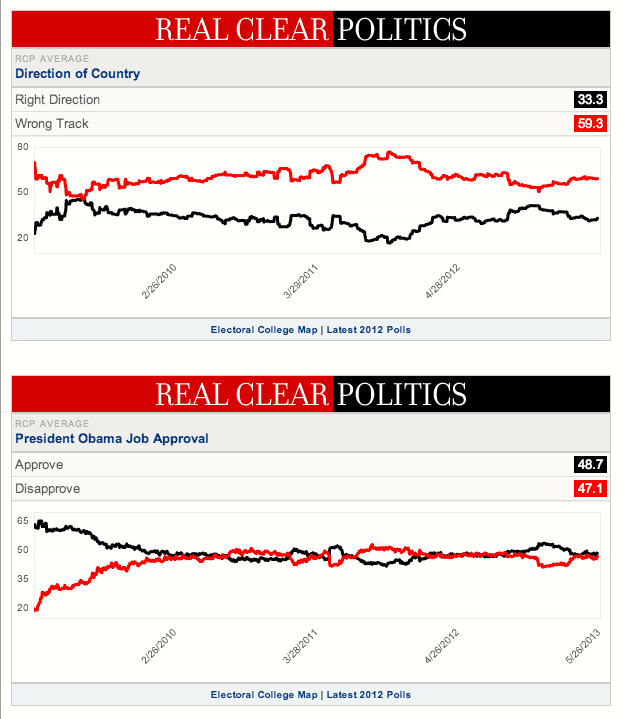 To think that those who voted to join Obama on his journey “Forward” to fundamentally change America (and apologize world-wide for the country until said change was in place), are suddenly waking to discover a distaste for the change.

The prayers of patriots nationwide might just be answered! The saying goes “It’s always darkest just before the dawn.”

America has been having increasingly dark times since Election ’08…maybe, just maybe, there’s real hope of a new dawn in her future.