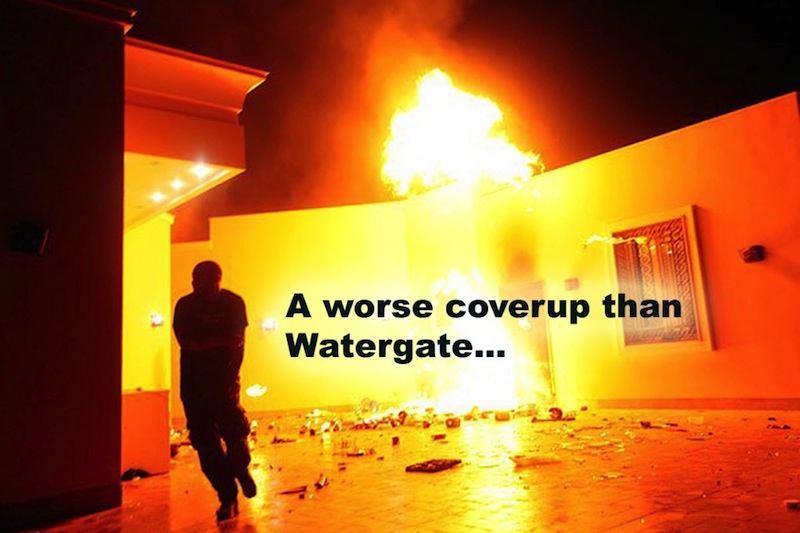 Benghazi is a much bigger problem for the Administration than an IRS/Teaparty issue.

But let’s get back to Benghazi…

Let’s go black helicopter for a bit here.  From LibertyNews:

…Here are the basics of what the schemers in government and the complicit media would like for us all to focus on and buy into:

• Why wasn’t there better security at the consulate (keep this misleading word in mind) in Benghazi?

• Why didn’t authorization come to move Special Forces in for protection and rescue?

• Why was an obscure video blamed when everyone knew the video had nothing to do with it?

• Did Obama’s administration cover-up the true nature of the attacks to win an election?