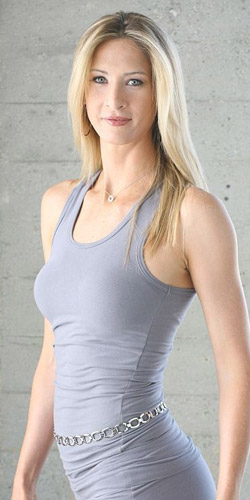 Liberals don’t care who they leave in the wake of their disasters. And Jason Collins is no exception.

The man who has lived a lie now receives accolades. “Coming out” has become a badge of honor. Done properly, “coming out” can lead to a call from the PRESIDENT! Just as well, since Obama had nothing better to do.

But what happens to those in the wake of these “coming out” events?

Meet Carolyn Moos, Former WNBA player and ex-fiancee of Jason Collins, who called off the engagement in 2009. Moos was shocked to learn that Collins is gay. Moos told TMZ:

“It’s very emotional for me as a woman to have invested [eight] years in my dream to have a husband, soul mate, and best friend in him. So this is all hard to understand…I care about [Jason] tremendously and only want the best for him. I want Jason to be happy for a lifetime and stay true to who he really is, inside and out.”

But don’t expect Obama to call and console Moos for her investment of 8 years in a lie.  Nor should Moos expect to be consoled by litany of celebrities, Ellen DeGeneres, Bill Clinton, Kobe Bryant and more, admiring Collins’ “courage.”

I guess it takes courage to live a lie about who you are, then steal 8 years from the life of a young woman hopeful for a life with Collins.

Being a liar and a fraud is the definition of courage for Liberals.