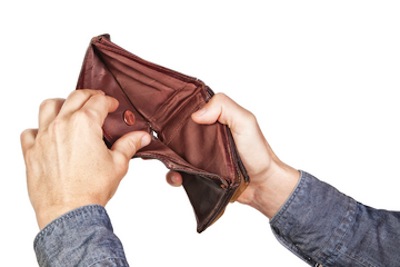 The President and his minions can recite the mantra “The economy is improving!” over and over à la a stupor-inducing yogi.

But that talking point doesn’t jive with reality: over three-quarters of all Americans are living from paycheck-to-paycheck.

As reported in CNN Money:

Fewer than one in four Americans have enough money in their savings account to cover at least six months of expenses, enough to help cushion the blow of a job loss, medical emergency or some other unexpected event, according to the survey of 1,000 adults. Meanwhile, 50% of those surveyed have less than a three-month cushion and 27% had no savings at all.

Last week, online lender CashNetUSA said 22% of the 1,000 people it recently surveyed had less than $100 in savings to cover an emergency, while 46% had less than $800. After paying debts and taking care of housing, car and child care-related expenses, the respondents said there just isn’t enough money left over for saving more.

So, at the same time that the First Family is jaunting to Africa and points abroad for exotic, $100 Million vacations, 76% of Americans are fighting to merely pay rent and feed their families.

What is wrong with this picture?

Americans, typically, respect the office of the president, and allow that the First Family should live safely and comfortably in the People’s House. We want the President and First Lady to represent the United States with tasteful attire and protocol.

But this POTUS and FLOTUS have set a Guinness World Record for tone deafness: Americans are hurting financially and the least the residents of 1600 Pennsylvania Avenue could do is temper their spending and Lifestyles of the Rich and Famous vacations until 2016.