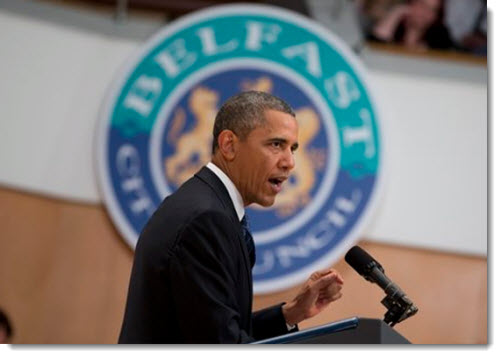 It’s already been firmly established that if a person, group or ideology disagrees with Barack Obama, he becomes fixated on them and then, any opportunity he gets, he makes provocative comments that could be interpreted as a warning shot.

The message? Barack Obama doesn’t forget ideological unfaithfulness, and if he can, he’ll shut you up by shutting you down.

The president has imposed his bad attitude on, to name but a few: Conservatives, specifically of the tea party brand, right-leaning talk radio, Fox News, and the group the left views as the seat of pro-life advocacy, the Catholic Church.

Catholicism is a prime target because it’s an autonomous, self-governing entity that continues to insist on having the freedom to exercise the First Amendment right to freedom of religion, and has defied the administration by refusing to submit to Obamacare contraceptive and abortion directives.