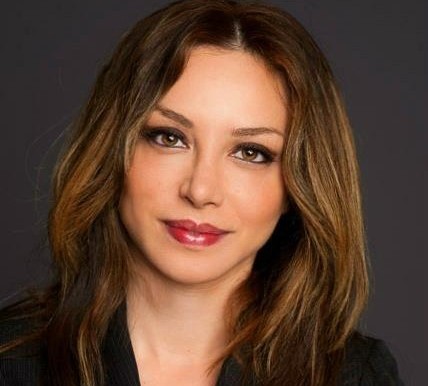 But beneath that outward beauty resides the heart and mind of a freedom lover.

Cynthia Farahat is an Egyptian political activist, writer and researcher. Co-founder of the Misr El-Umm (2003-06) and the Liberal Egyptian (2006-08) parties, which stood for peace with Israel, secularism, and anti-Islamism, she was under long-term surveillance by the State Security Intelligence Service before seeking political asylum in the United States in 2011.

Ms Farahat worked with Friedrich Naumann Foundation for Liberty in Cairo, and the Center for Security Policy and Coptic Solidarity.

She has testified before the U.S. House of Representatives and received an award from the Endowment for Middle East Truth.

She is an Associate Fellow at the Middle East Forum and co-author of two books in Arabic and, among other journals, has published in the Middle East Quarterly, National Review Online, Front Page Magazine and The Washington Times.

To grow up as a woman of Coptic Christian faith in the Muslim heartland of Egypt is to live as a fourth-class citizen. To embrace the mantle of activist in that atmosphere is worse still. Cynthia Farahat knows because that was her life.

Farahat realized as young as age 6 that Egypt under then-President Hosni Mubarek was oppressive. “Being born under a dictatorship, it never feels normal and it never feels usual,” she said. And by her teen years she took an interest in political affairs.

Farahat wanted to be an artist, but that was the surest way not to become one in Mubarak’s Egypt. She said the government forced her instead to study law in college. Learning about Sharia law there awakened the activist within her, and then Islamic terrorists attacked the United States on Sept. 11, 2001.

“When 9/11 happened,” Farahat said, “I decided to actually take a step and do something about it because America was our safe haven.”

Cynthia Farahat speaks the truth and sheds light on Islamists and the radical jihadi groups, as well as the REAL war on women by radical Islam.

Here’s hoping we hear more from courageous Cynthia Farahat in the upcoming years to counterbalance the MSM and leftist reporting on the Middle East!